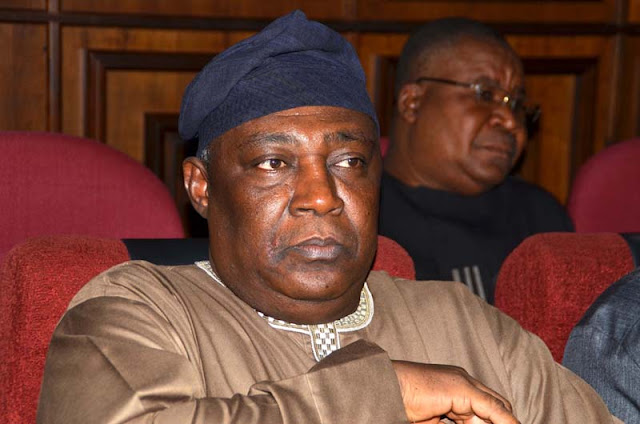 Federal High Court in Abuja heard yesterday that the monthly diversion of N558.2 million from the salary account of the Nigeria Air Force (NAF) predates the former Chief of Air Staff, Alex Badeh.

A ex-Director of Finance and Account of NAF, Air Commodore Aliyu Yishau (rtd), told the court that the practice had become a tradition in NAF and that he served Badeh’s predecessor, Mohammed Dikko Umar, who equally benefited from the diversion.

Yishau, who testified yesterday in the trial of Badeh, said the diversion was always done under the sub-head:”General Administration of the Chief of Air Staff.”

Badeh and a firm, Iyalikam Nigeria Limited, are being tried on a 10-count of money laundering, in which the ex-COAS is accused of N3.97 billion belonging to NAF, which he allegedly used in buying property through the firm.

Yishau testified that he assisted Badeh to divert N558.2 million, which he always converted to dollar before handing same to Badeh at his official residence all through his time as COAS between September 2012 and December 2013.

Yishau said the N558.2 million is part of what was left after salaries and allowances of permanent and temporary workers have been defrayed from the N4 billion received monthly by NAF in its Personnel and Emolument Account.

He admitted assisting Badeh to acquire and develop a land in Abuja with the N558.2 million taken monthly from the NAF Personnel Emolument account.

Yesterday Yishau, who was cross-examined by lawyer to Badeh, Akin Olujinmi (SAN), said the N558.2 million was usually set aside from NAF headquarters at Mogadishu Barracks.

“He (Badeh’s predecessor, Umar) was aware of it and he controlled the expenditure from the balance of N558.2 million.

“The practice of setting aside the N558.2 million had been there before I became director of Finance and Account of the Nigeria Air Force. I did not know how the previous administrations before Air Chief Marshal Umar were using the money,” he said.

Yishau said he, at no time specifically advise Badeh on the N558.2 million, which was usually set aside as “General Administration of the Chief of Air Staff” when Badeh assumed office.

The witness said Badeh became chief of Air Staff in September 2012. But Olujinmi faulted the claim, saying his client was appointed on October 4, 2012, but took office on October 8, 2012.

Earlier, Justice Okon Abang acceded to a request by Olujinmi to do away with the aspect of his ruling requiring the prosecuting agency, the Economic and Financial Crimes Commission (EFCC), to confirm some documents submitted in respect of the bail granted Badeh.

The judge, on March 10, granted Badeh N2 billion bail, with two sureties at N1 billion each, among other conditions. The judge requested the EFCC to confirm and verify the documents submitted by the defendant.

Unable to perfect the bail on time, Badeh applied to the court for a verification of the bail conditions.

Yesterday, Olujinmi elected to withdraw the application for the variation of bail conditions. He said his client was able to meet the bail conditions, but the EFCC failed to play its role by verifying his client’s documents within 24 hours.

Olujinmi urged the court to do away with the role the EFCC ought to play, since it was unable to do so within the time allocated to him.

He endorsed the documents around 5 pm yesterday after the court had risen.

The case has been adjourned till April 8.