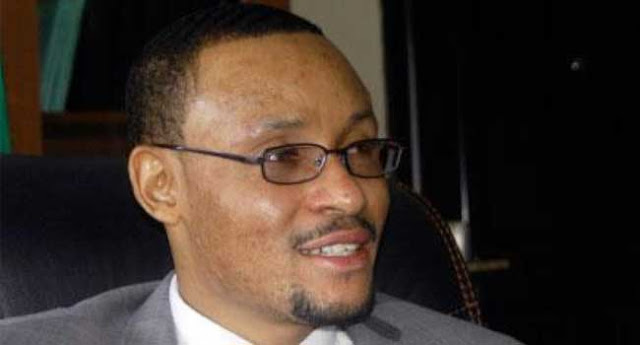 The Code of Conduct Tribunal (CCT) said on Wednesday that its chairman, Danladi Umar has been cleared of charges of bribery of N10million levelled against him by one AbdulRashid Owolabi, a retired officer on Nigeria Customs Service in his petition to the Economic and Financial Crimes Commission, EFCC.

The petitioner had alleged that Mr. Umar demanded N10 million from him as a bribe to swing judgment in his favour when he was being tried by the Tribunal.

The National Assembly had also following the false assets declaration case of Dr Bukola Saraki, the President of the Senate began investigation of the bribery allegation based on purported petition from an anti graft group.

However, the group which authored the petition failed to show up the two times it was invited by the Senate Committee on Ethic and Values tasked with investigation of the petition.

Nevertheless, the Senate last Monday summoned Mr Umar to appear before it without failure tomorrow following the decision of the Tribunal last Monday that Saraki’s trial will now hold day to day.

The Senate, according to latest information had withdrew the invitation on Wednesday afternoon.

But Raphael Oluyede, a lawyer close to Saraki had reportedly filed an application asking the Tribunal Chairman to disqualify himself from hearing the suit of false assets declaration against the Senate President on the basis of his ongoing investigation by the EFCC.

The lawyer had filed similar application which was dismissed by Justice Abdul Kafarati of Federal High Court, Abuja last Friday.

In the application, one of the many filed by the Senate President at different levels of Nigerian courts, Saraki asked Umar to disqualify himself from the trial on the basis that he may be biased in the handling of his trial since the EFCC which is in the forefront of the prosecution of the Senate President before the CCT is also investigating him.

The clearance given to Mr. Umar as announced in a statement by Ibraheem Al-hassan, Head, Press & Public Relations, CCT Headquarters, Abuja has unarguably knocked the bottom out of Oluyede’s scheme as a way of saving Saraki from trial.

Hassan said in the statement: “Economic and Financial Crimes Commission (EFCC), has today conveyed a letter to the Chairman Code of Conduct Tribunal (CCT), Hon Danladi Yakubu Umar, exonerating him on the alleged ten million naira (N10million) bribed by one AbdulRashid Owolabi, in his petition to the Commission.

“The letter was addressed to the Secretary to Government of the Federation, captioned “RE: Investigation Report RE: N10million Bribery Allegation against the Chairman Code of Conduct Tribunal, Abuja” with reference NO: EFCC/P/NHRU/688/V.30/99, dated 20th April, 2016.

“The letter which was signed by Emmanuel Adegboyega Aremo, Secretary to the Commission reads:, ‘‘kindly recall our correspondence of 5th March, 2015, (reference EFCC/EC/SGF/03/56) with the above subject, please.”

“It added: ‘‘We would like to reiterate the Commission’s position in regard to this matter as earlier communicated to you and stated that the allegations leveled against Justice Umar were mere suspicious and consequently insufficient to successfully prosecute the offence.”

“Today’s clearance letter was second to the previous one sent on the 5th March,2015 during last of administration of President Goodluck Jonathan through the office of the then Secretary to the Government of the Federation Chief Pius Anyim.”

Kindly Share This Story: The Federal High Court (FHC) Port Harcourt on Monday convicted 3 of the 9 accused persons who on 21 March 2020 hijacked

Kindly Share This Story: Mrs Yinka Adeyemi, the Director of the Lagos State Directorate of Public Prosecution (DPP), on Tuesday, said that courts in Lagos delivered

Kindly Share This Story: Gov. Bello Matawalle of Zamfara has urged Nigerians to desist from politicising issues of insecurity affecting many part of the country.

Security: NAF to establish base, deploy air assets in Gombe

Kindly Share This Story: The Nigerian Air Force (NAF) is set to establish a Forward Operation Base in Gombe State to enhance internal security. The