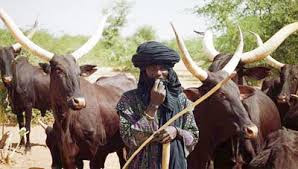 The governor could not hold back tears when he saw a freshly discovered body of a victim of the killings.

The community painted a gory picture of the activities of the herdsmen. Its leader said: “We alerted that they were coming. They came, killed our people and raped our women.”

Ugwuanyi, who also visited the injured in the hospitals, declared a two-day fast and prayers for God’s intervention to end the herdsmen’s menace.

The body was that of Ugwu Ogbu, believed to be a teacher from Enugu Ezike in Igboeze North council. He was posted to the Nimbo community. It was recovered in the morning by the villagers.

Ugwuanyi donated N5 million as immediate relief to the area where economic activities were totally shut down.

Members of the community have deserted the area. Pupils have abandoned the ongoing West Africa Senior School Certificate Examination (WASCE).

Most of those who sustained life-threatening injuries are receiving treatments at various hospitals, including the Royal Cross Hospital, Bishop Shanahan and Nsukka District hospitals.

One of the injured, a young man who passed out of the National Youth Service Corps (NYSC) programme this month, has been referred to the National Orthopaedic Hospital, Enugu. Two others were referred to Park Lane hospital Enugu.

The governor was at the Ukpabi Nibo community and the three hospitals. With him were Senator Chuka Utazi( Enugu North), the GOC, 82 Division, Major General Ibrahim Attahiru, Police Commissioner Nwodibo Ekechukwu and other security chiefs. He promised to pick the hospital bills of the injured.

“We are going to seek for God’s intervention in this matter. It is my belief that this too will pass away. The entire people of Enugu State are with you in this moment of grief,” Ugwuanyi told the people.

The governor explained that upon receipt of the report that there were plans to attack the community by the herders said to be from Nasarawa State, an emergency Security Council meeting was summoned on Sunday and “far reaching decisions” were taken to ensure that lives and property were protected.

“A combined team of police, soldiers, Civil Defence operatives was despatched to the community, but on Monday, we heard that they still carried out the threat, resulting in the situation we are facing. No matter what, we are hopeful that God will save us from the present situation; that’s why I’ve declared fasting and prayers in the state for the next two days,” he told the people.

Ugwuanyi who also visited the traditional ruler of Nimbo community, Igwe John Akor, lamented the loss of lives and destruction of property including the Christ Holy Church, Onueke Nimbo, which was burnt by the attackers.

He sued for peace and assured the people that efforts were being made to find a lasting solution to the problem. He urged the people, especially the youth, not to take laws into their hands by engaging in any form of reprisal.

A community leader, Dr Ajokwu George, appealed to the government to come to their aid as their community has become a hunting ground for herders.

“We are not happy because our community is under threat; we have been burying our loved ones. We are more worried because in this case, we even alerted the security that these people were planning to attack us but nothing was done. As we speak, we’ve recovered over 20 bodies and we are still recovering more. Many others are in the morgue and in the hospitals. What did we do to deserve this? We are really pleading that something should be done. Our women have been raped and killed and nothing has happened.

“What has happened is just a tip of the iceberg because we know they will come again. The way they invade our community and rape women before their husbands is worrisome. We need security here, not just for a day or week but for months to protect us. We thank you for coming to empathise with us and we want you to deliver our people from this problem,” George said.