710 Nigerians have been killed by Fulani herdsmen — Igbo Youth Movement 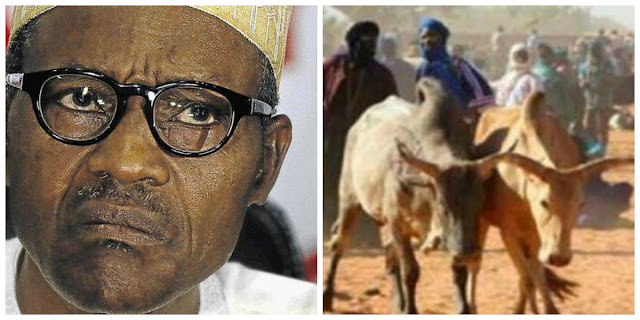 The Igbo Youths Movement, IYM, has lamented that Fulani herdsmen have killed 710 other Nigerians excluding the 48 Agatu people in Benue State in the last 10 months without the Federal Government addressing the issue.

IYM made this known while reacting to the Monday’s killing of about 40 indigenes of Nimbo in Uzo Uwani Local Government Area of Enugu State by Fulani herdsmen last night. The statement signed by the Founder of the IYM and Leader of the South East Democratic Coalition, Evangelist Elliot Uko, entitled, ‘Ten Months of Carnage,’ read: “Between June 2015 and April 2016, Fulani herdsmen have killed over 710 Nigerians (excluding Agatu incident) in 48 recorded incidents, the highest in recent years.

“For the first time, the nation’s Department of State Services, DSS, only interest in these avoidable blood baths, seems only to accuse one organization of killing five Fulani. That accusation is yet to be substantiated with photographs or at least a DSS invitation to media people to the graves in order to corroborate their allegations. “Monday morning, seven communities in Uzo-Uwani Local Government Area of Enugu State received it hot, as usual from the rampaging Fulani warriors. Two churches, over 100 houses, dozens dead and hundreds injured with many still missing.

“But above all, the ongoing war by the Fulani herdsmen, have only confirmed Mazi Nnamdi Kanu, leader of the Independent People of Biafra, IPOB, a prophet and visionary, who saw tomorrow. Mazi Kanu correctly predicted over the radio, what the Fulani would do to the Middle Belt, South East, South- South and the South West. “The serial slaughter by the Fulani, the intimidation by the security agents and the disturbing silence of the President, who incidentally is also Fulani and life Patron of Miyetti Allah Cattle Breeders Association, has put Mazi Kanu in the league of avatars, who correctly predicted events before they happened.

“This development has also greatly increased Kanu’s popularity, especially among the oppressed, suppressed and consistently attacked populations, who now see him as a hero and a legend. This has resulted in a huge sympathy towards the gospel of IPOB and its leader.”