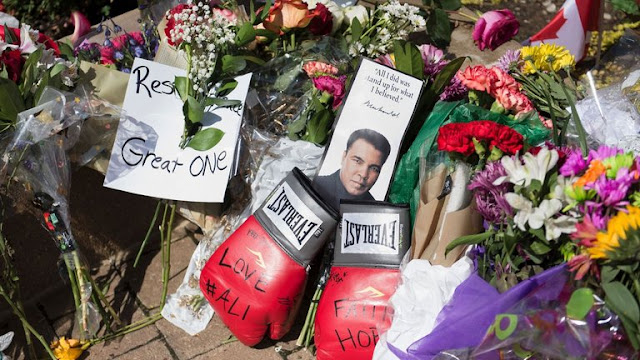 Muhammad Ali's body has been flown back to his hometown of Louisville on Sunday in company of family members, ahead of Friday's funeral.

The former world heavyweight boxing champion died in Phoenix, Arizona, on Friday at the age of 74 following health problems complicated by a 32-year battle with Parkinson's disease.

Following Thursday's private family funeral, Ali's coffin will be transported through the streets of Louisville on Friday, before a private burial and public memorial service.

A private plane, carrying the casket as well as Ali's relatives, landed in Louisville on Sunday afternoon. The casket was loaded into a hearse and taken to a local funeral home, where dozens of fans were waiting to show their respect.