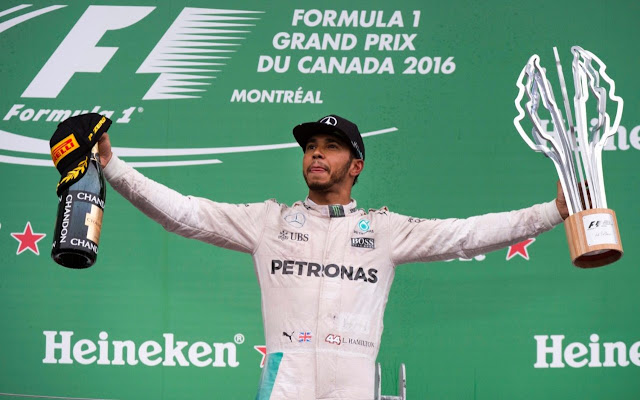 Vettel looked in control of the race after vaulting into the lead from third on the grid with a blistering start.

But Ferrari surrendered the lead by pitting during a caution period, and Hamilton - doing one pit stop to Vettel's two - controlled the race.

He cut his title deficit to Nico Rosberg, who was fifth, to nine points.

Vettel took the lead with one of the best getaways for years - the Ferrari catapulted past both Mercedes within the space of about 100 metres and was well clear by the time they reached Turn One, despite the short run.

Behind him, the Mercedes were side by side going into the corner, with Hamilton on the inside.

They touched slightly on the exit and Rosberg was forced to take to the grass, but this appeared merely a function of their narrowing trajectories rather than an especially aggressive defence from Hamilton, of the sort that angered Rosberg at times last year.

Vettel tried to build a lead in the early laps, but Hamilton was able to hold him easily, staying just over a second behind.