9 Definite Ways To Know Your Man is Lying 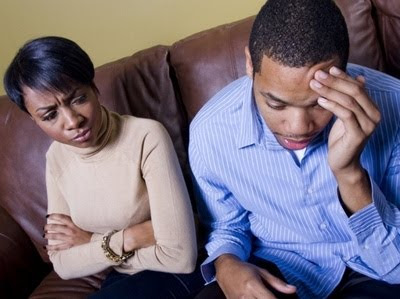 Lies, both big and little, can come from a well-meaning place or somewhere more sinister. Whatever the intention, the tricks of spotting a lie are the same. While understanding his underlying motivation to lie can make it easier to spot his tell, there’s a good chance he’ll display one of these incriminating behaviors when being less than honest:

1. Stuttering is a classic sign of lying. Not telling the truth can cause a short-circuit of the brain, creating a gap in smooth conversation when an excuse to cover up the truth isn’t thought of quick enough.

2. When the liar can’t come up with a plausible story, repetition happens. The details he can come up with are repeated again and again, scrambling to cover something up.

3. Pausing and stalling are signs of forgetfulness. These signs tend to rear their ugly heads when creating new lies to cover old tracks or when recalling old lies.

4. The past is honestly misremembered from time to time, but critical details that excuse absences, disappointments or unexplained events should never change. If you are noticing a change in details, that’s a good sign there’s been some lying going on.

5. If his story sounds rehearsed or is repeated mmultiple times, you can almost bet it’s a lie.

6. During a discussion, if your guy under-reacts (like staring into space and staying silent to your accusations) or over-reacts (becoming aggressive and starts a fight) there’s probably an underlying problem he’s hiding. Extreme reactions to questions are big red flags.

the scene is a common option for liars. He will make excuses to leave the conversation and sometimes the house, making it impossible to get the full story. More importantly, leaving gives him time to make up a more plausible story.

to something else is a way to deflect the spotlight and avoid uncomfortable feelings. A less creative but more cunning man may try this tactic instead of telling a story he knows is untrue.

9. When you lie, it’s a natural to not want to make eye contact. Avoiding eye contact is one of the best ways to give away your honesty. Notice where your man’s eyes are looking when he’s telling you his story.

When your guy gets caught in a lie it’s usually an embarrassing and nerve-racking ordeal. Some people use lying to get ahead, like it’s some sort of game or challenge. In extreme cases, lying is a good indicator of sociopathic behavior and narcissism. Sometimes, dishonesty is a learned reflex from an abusive childhood. However, remember that lying is also a natural human instinct. Don’t jump to conclusions too quickly. Stuttering and shifting the focus are easily explained because your man is trying to keep that birthday surprise a total secret. But if you are in a relationship where lying is common, realize that this type of behavior is irresponsible and disrespectful. Getting to the truth can help you see where you relationship truly lies.