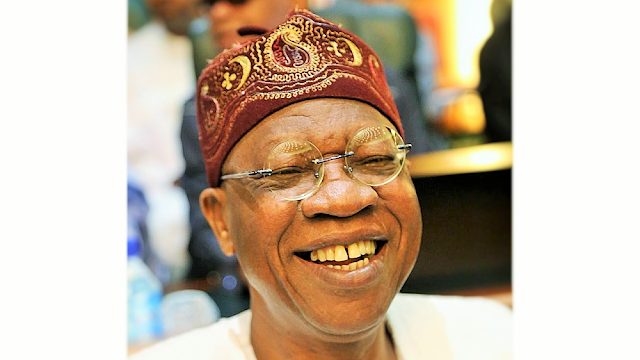 The Minister of Information and Culture, Alhaji Lai Mohammed, on Sunday said the Federal Government was working diligently toward making life more meaningful for Nigerians through carefully designed projects.

Mohammed made the assertion in Lagos at the 8th Alhaji Kafaru Tinubu Memorial Ramadan Lecture with the theme: “Supreme Sacrifice and the Essence of Followership in Governance’’.

He said that the government was aware of the plight of many citizens due to the challenges in the economy.

According to him, a N500 billion Social Intervention Programme has been put in place to help alleviate poverty.

The minister said the huge money earmarked for the intervention programme in the 2016 budget was one of the sacrifices the government had to make in the face of falling revenue.

“The N500 billion Social Intervention Programme which is broken into five parts covers employment of 500, 000 unemployed graduates who will be trained as teachers.

“It also covers the employment of 100, 000 artisans as well as the One-Meal-A-Day programme for pupils in primary schools.

“The Enterprise Scheme which is targeted at one million market men and women, 460, 000 artisans, 200, 000 agriculture workers is also covered in the programme.

“It also covers the N5,000 monthly conditional cash transfer to the poor and vulnerable,’’ he said.

Mohammed dismissed some media reports that some states claimed they were not ready for the A-Meal-A-Day programme due to funding challenges.

He emphasised that the federal government was solely responsible for the funding of the programme.

According to him, the pilot scheme of the programme has started and it will cover 5.5 million pupils when fully on stream.

The minister also advised Muslims to uphold the lessons of Ramadan by shunning vices and making sacrifices for others and the nation.

In his lecture, Prof. Ahmid Sanni, Chief Imam, Lagos State University, said that the virtue of sacrifice was beyond prayers and fasting.

According to him, it also requires the show of love and care to the less privileged in the society.

In his remarks, Gov. Ambode of Lagos State extolled the virtues of the late Alhaji Kafaru Tinubu, the Patriarch of the Tinubu Family in Central Lagos.