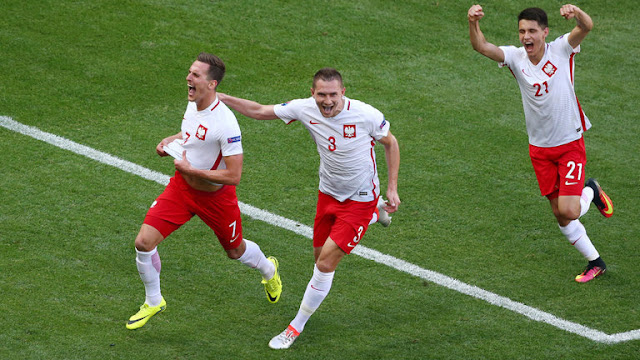 Poland began their Euro 2016 campaign in Group C with a deserved 1-0 win over Northern Ireland in Nice on Sunday.

Arkadiusz Milik opened the scoring for Poland against Michael O'Neill's side, who are competing at their first major finals since the 1986 World Cup.

In a first half that saw Poland dominate the ball, Milik spurned a golden opportunity to break the deadlock on 31 minutes after he blazed over following Lukasz Piszczek's cross.

Just before the break, a thunderous effort from Bartosz Kapustka drew a fine save from goalkeeper Michael McGovern to ensure the two sides went into half-time at 0-0.

Milik broke the deadlock in the 52nd minute, receiving Jakub Blaszczykowski's pass before driving a shot low past McGovern.

On 72 minutes, Conor Washington broke clear for Northern Ireland but he was denied by some brave goalkeeping from Wojciech Szczesny.

With five minutes left on the clock, Northern Ireland worked a smart set piece but a stretching Steven Davis was unable to get on the end of the pass.