Gays a target for the Islamic State group 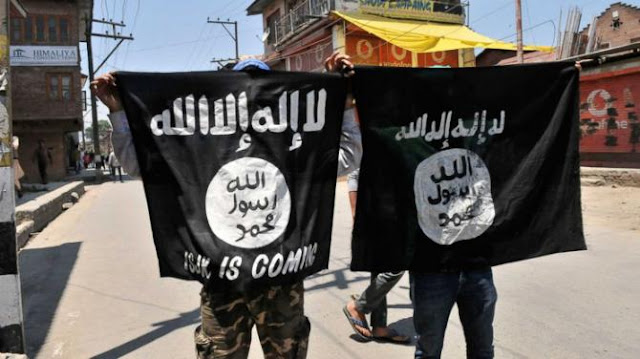 The Islamic State group, which claimed responsibility for an attack on a gay nightclub on Sunday that left 49 revellers dead, has a history of extreme violence against gays.

A bulletin from the group’s Al-Bayan media outlet on Monday praised the shooter, Omar Mateen, for the attack in “a nightclub for followers of the people of Lot” — a term it uses for gays.

While there is no indication IS coordinated the attack, the worst mass shooting in modern US history, the group has killed dozens of gays in the areas it controls in Syria and Iraq. It has published videos of allegedly gay men being thrown from rooftops or stoned to death.

Since it founded its self-proclaimed “caliphate” in 2014, IS has carried out dozens of execution-style killings for what it calls “sodomy” and “sexual deviance”.

IS also refers to gays as “followers of the people of Lot” — a reference to the biblical and Koranic prophet associated with Sodom and Gomorrah. According to the Bible and the Koran, God destroyed the two cities after their people engaged in same-sex relations.

In a 2015 article in its online magazine, Dabiq, IS claimed that the early Islamic ruler, Abu Bakr, sentenced a man found “guilty of committing sodomy” to be burned alive.

It also claimed that Abu Bakr had a tradition of taking those who “committed this filthy deed” to the top of buildings and throwing them off. IS says it is implementing “the rulings of Allah” against people who practise “any form of sexual deviancy or transgression”. It carries out similar sentences against people accused of adultery and sorcery.

It blames western society for promoting gay and lesbian lives against the teachings of Allah.

In the same article, IS published pictures of a man it said was “guilty of engaging in sodomy” to the top of a building and him thrown off. That is one dozens of killings IS has carried out against men it said were gays in both Syria and Iraq. The LGBT rights group OutRight Action International has recorded more than 30 such acts since December 2014, backed by videos and pictures, although they could not be verified.

The most recent series of photos is dated 7 May. It shows a group of men and children attending the execution of a young man who is thrown from a four-storey building. His body is then apparently stoned. – Crimes against humanity – These executions are based on an IS penal code established in 2014, which the group claims is based on a the principles of Islamic law.

The United Nations has accused the jihadist group of crimes against humanity for its acts of beheading, crucifixions and slavery. Gays face discrimination across the Islamic world.

They risk being condemned to death in countries including Saudi Arabia, Iran and Yemen.