FG not serious about dialogue with militants – Ijaw group 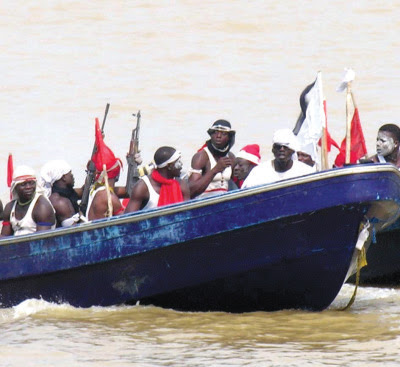 The group in a statement by the national president, Austin Ozobo, condemning alleged unwarranted arrest and invasion of Tebujuor community by soldiers, yesterday, said: “The government of the day is not serious about the proposed negotiation.” “

The frequent invasion of communities and arrest of persons after it announced two-week ceasefire fire show that the government is not ready to negotiate with militants.

“It has refused to keep to its promise of ceasefire, they seem to talk from both sides of the mouth, and we are disappointed. The government is only looking for an avenue to identify the true face of militants to deal with them if negotiation fails,” IPDI said.

Its words: “Imagine just a day after the ceasefire, last week, they invaded Ogulagha and Oporoza communities. In Ogulagha community, they arrested about four persons, though they have released them.” “In Oporoza , Tompolo house was ransacked, and money and traditional sacred items were stolen.

Another arrested in Sapele and now, another three arrested in Tebujor, followed by unwarranted invasion of Tebujor.

There all manner of harassment and intimidation of innocent villagers, with what is playing out, the government has breached its ceasefire promise. “We do no longer have confidence on the government commitment to it peace talk. Another thing we found out is that the government wants to induce some of the militants to fight others,” it said.