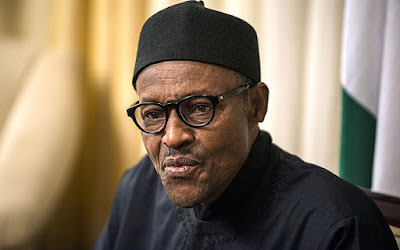 Following two days of brainstorming in Abuja, various teams drawn from the public and private sector have concluded work on various aspects of a new and comprehensive economic blueprint for Nigeria.

Minister of Budget and National Planning, Senator Udo Udoma whose ministry organized the retreat stated that contrary to critics’ misleading opinion that the federal government lacks an economic programme, President Muhammadu Buhari had laid out one in his 2016 Budget speech.

According to the minister, the president’s economic vision, the Strategic Implementation Plan drawn up by his ministry along with vibrant ideas canvassed or analysed at the retreat would be harmonised and launched as the federal government’s comprehensive economic development programme next month.

“It is helpful to note that the National Economic Recovery and Growth Plan will play a signalling role, while also promoting coherence and coordination.

“In other words, by putting government strategies, directions, policy priorities and intended initiatives in one place, other stakeholders are better able to take their own strategic economic decisions.

“In addition, economic actors in various sectors will be guided by commonly derived objectives in the plan which promote coordination and prevent duplication and needless dissipation of scarce resources.

“The planning process also provides an opportunity to review the trajectory of the economy, especially in the context of regional and global developments,” Senator Udoma stated.

According to him, the federal government’s focus on stimulating and revitalising the Nigerian economy is yielding positive results already, especially through the reforms in agriculture, stimulated investment in the solid minerals sector and the ‘Made in Nigeria’ campaign.

He noted that government’s identification of 45, 000 ghost workers through the Treasury Single Account and the liberalization of fuel supply which curbed daily consumption by 30% and saved $4. 5 million daily expenditure through elimination of false subsidy claims are among the recent economic gains.

Pointing out that Nigeria has been grappling with the ‘triple shock of prices, production and power’ for most of 2016, he stated that economic recession, collapse of oil prices and the vandalisation of oil pipelines that has a negative effect on electricity and gas supplies are serious challenges.

He said that the two-day retreat was conceptualised to provide an opportunity for stakeholders from the various sectors of the economy to consult and exchange views on the medium-term economic plan and facilitate enduring macroeconomic stability, economic diversification, ease business competitiveness, enhance social inclusion and assess governance processes towards enhancing rapid economic growth.

Among government officials present at the retreat, along with private sector players were the Minister of Mines and Steel Development, Mr. Kayode Fayemi, Minister of State, Petroleum Resources, Dr. Ibe Kachikwu, Minister of State for Health, Dr. Alhassan, Permanent Secretary in Ministry of Budget and National Planning, Hajia Fatima Mede, Special Adviser to the President on National Planning, Alhaji Tijani Abdullahi and a Deputy Governor of CBN, Dr. Sarah Alade.

Aspects of social inclusion and job creation in the forthcoming economic blueprint were handled by Professor Ode Ojowu, Professor Joe Umo, Dr. Martina Nwordu and Mr. Afolabi Imoukhuede who is SSA to the Vice President on Job Creation.