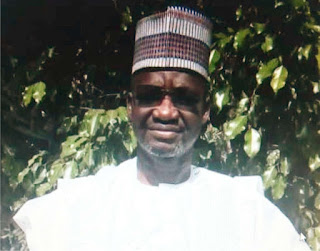 The deputy speaker of Yobe State House of Assembly, Dr. Ibrahim Kurmi is dead.
He died on Monday night, after a protracted illness at the Yobe State University Teaching Hospital in Damaturu, the Yobe State capital.
A family source told our correspondent that the deceased, a Doctor by profession, left behind 2 wives and eight children.
Kurmi, a member representing Fika/Ngalda (Fika I), was in the state assembly since 2011 on the platform of ANPP and APC, and had chaired various committees in the house.