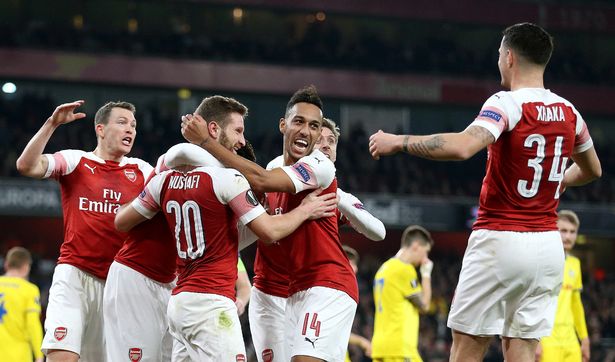 The Gunners face Napoli on Thursday in their Europa League quarter-final second leg, having won 2-0 at the Emirates last week.

Emery’s men are determined to qualify for the Champions League next season and must either finish in the top four in the Premier League or bring home the Europa League trophy.

Barcelona winger, Denis Suarez, missed out over fitness issues, while midfielder Lucas Torreira has shaken off a knock to travel with his team-mates.