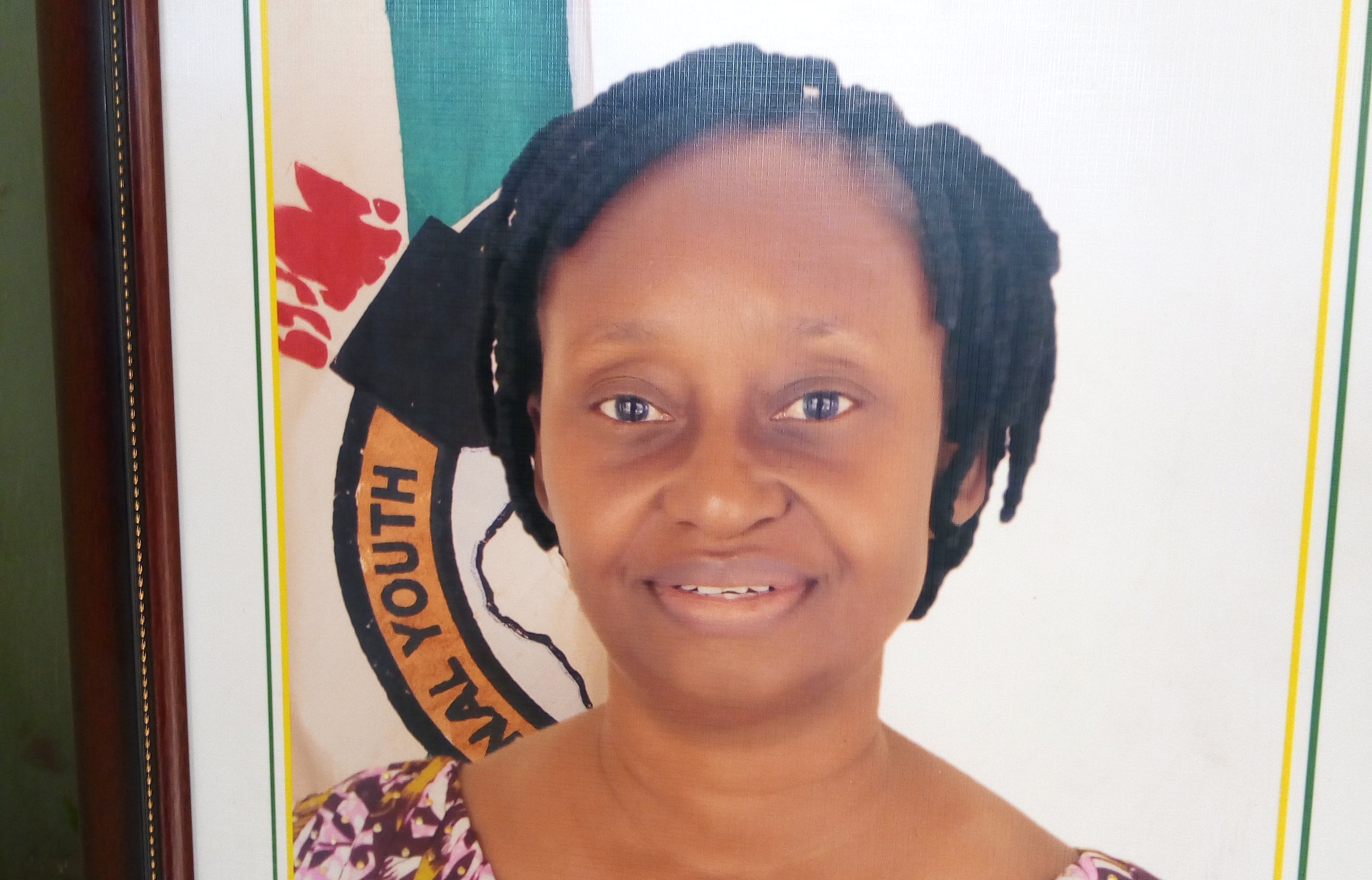 The National Youth Service Corps (NYSC), has named a newly built multi-purpose hall located in Lokoja after Mrs. Oludolapo Ahile, the Kogi NYSC Coordinator, who died on May 17.

NYSC Director-General, Brig- Gen Shuaibu Ibrahim, while on a condolence visit to the state office of the NYSC on Tuesday in Lokoja, said that the gesture was to honour Ahile for her good works and contribution to the scheme.

The News Agency of Nigeria (NAN), reports that the multi-purpose hall was initiated and constructed by the late Coordinator.

NAN also recalls that Ahile died from injuries she sustained in a road accident that occurred along Lafia-Akwanga on May 16.

“Mrs. Ahile deserves all the honour we can give her. She was a humble, hardworking, diligent, loyal, friendly and God fearing woman.

“The good testimonies about late Mrs. Ahile prompted my decision to personally visit the state to condole with the corps members, the NYSC staff, the state government and the good people of Kogi State,” Ibrahim said.

He urged the people to emulate Ahile’s lifestyle, pointing out that death could come anytime.

Ibrahim cautioned corps members against unauthorised journeys, and advised them to travel only when it was “absolutely important”.

Ibrahim assured members of Ahile’s family that the NYSC would not abandon them, saying that everything would be done to assist them.

Earlier, Mrs. Litty Nwokeke, the Acting Coordinator, had commended the NYSC boss for identifying with the Kogi office in its time of grief, and described the death of Ahile as ”a painful loss”.

She said that the late coordinator had facilitated many projects, one of which was the construction of the hall named after her.

Nwokeke added that Ahile had also facilitated the donation of N5 million by the Kogi government to the family of a late director in the state NYSC office.

“The late Coordinator will always be remembered for her patience, tolerance and love for corps members and staff of the scheme,” she said.

WHO dumps hydroxychloroquine as drug for COVID-19 0

UNDERCOVER INVESTIGATION: For N16,500, security agents will allow you travel from Lagos to Abuja despite interstate ban 0

Rivers has infected my manager with COVID-19, says owner of demolished hotel 0

I can never bring P-Square back together – Jude Okoye 0

US artistes only interested in us for retweets- Samklef 0

You should've taken the contract I offered you - Peter Okoye backs Cynthia Morgan, tells her what to do amid contract crisis 0

Police list 6 crimes caused by coronavirus in Nigeria (burglary, sexual violence and others) 0

Victims of 2019 presidential election violence get N450m from Wike 0

On Africa day 2020, Buhari says no development without peace 0

Wike, Rivers liable for infecting my manager with Covid-19 – Owner of demolished hotel 0

COVID-19: INEC to pilot e-Voting in 2021, seeks cancellation of Bye-Elections 0

Detained leader of the Islamic Movement in Nigeria, IMN, Sheikh Ibrahim El-Zakzaky has donated food items to the Correspondent Chapel of the Nigeria Union of

President Muhammadu Buhari has warned Nigerians to be very careful amid the COVID-19 pandemic. Buhari said this while speaking with State House reporters, after Eid prayers to commemorate

Jude Okoye has reacted to the accusations against him by his former record label act, Cynthia Morgan. She had claimed that she lost all she had, including

The Minister of Aviation, Hadi Sirika, has come under heavy attack by Nigerians over the fine of N1m imposed on a British private charter company, Flairjet for