Transfer: Rakitic to leave Barcelona this summer for one reason 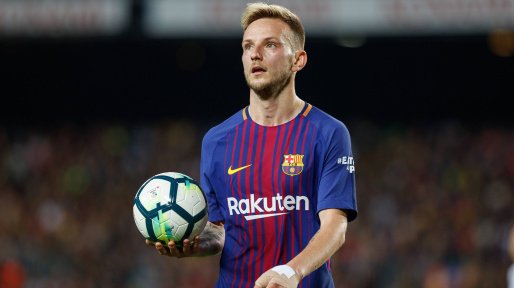 Barcelona midfielder, Ivan Rakitic, is set to leave the club in this summer’s transfer window after captain, Lionel Messi, convinced the club’s board to sign Ajax midfielder, Frenkie de Jong.

According to Dario GOL, the 31 year old branded Messi a ‘betrayer’ after the Argentine captain moved for De Jong, 22, to take Rakitic’s position next season at the club.

The Spanish newspaper claimed that Rakitic, who has spent five years at Nou Camp, has also told his Croatia team-mate, Luka Modric, that Messi keeps interfering in making transfer decisions at the club.

Rakitic has been heavily linked with a move to Inter Milan and Manchester United respectively in recent weeks.

Speaking on his future at Barcelona, Rakitic told Mundo Deportivo last week: “I cannot explain where this information comes from.

“I have great respect for all the teams, and Inter is a very important club that I faced this year in the Champions League.

“Some of my national team team-mates play for them, but I am right now where I want to be.

“If they are thinking of me, it is because my performances are positive, but I am happy at Barcelona. My family is also very well and I have no other thoughts.”