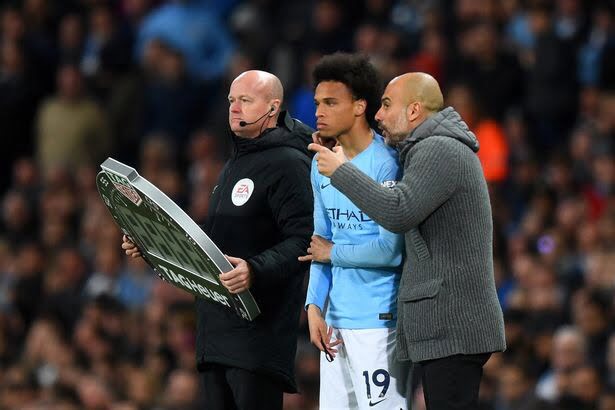 Bayern Munich president, Uli Hoeness, has confirmed the club is working on a deal for Manchester City’s Leroy Sane.

But only 30 of those games were starts and Sane only completed the full 90 minutes on 16 occasions.

Now, after star striker Robert Lewandowski declared that Sane is “a player who can immediately take us higher, who improves the team”, Hoeness confirmed that they are pushing to land Sane.

“We are dealing with this player,” Hoeness told Suddeutsche Zeitung.