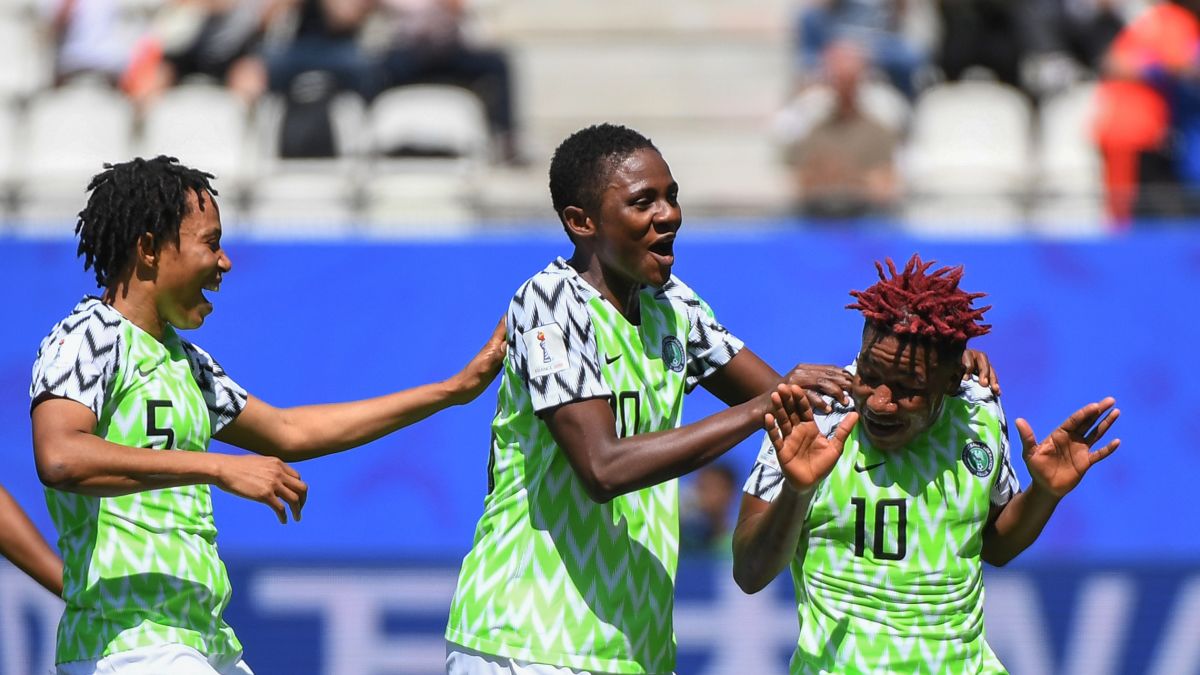 Super Eagles star, Rita Chikwelu, has revealed their gameplan against France ahead of both sides’ tie in their final Group A fixture at the 2019 FIFA Women’s World Cup on Monday night.

The 31-year-old midfielder stated that the Super Falcons were not going to give the host nation any space when both teams clash at the Stade de la Route de Lorient Stadium.

Nigeria head to the game after defeating South Korea 2-0 last Wednesday, while the Les Bleus.

Speaking on Nigeria’s clash against France, Chikwelu told Super Falcons media team: ”It is not going to be an easy game, everybody knows that we are going there to fight to get a point.

”It is going to be a physical game in midfield, we know their midfielders, likewise, they know us. We are not going to give them any space to operate in the midfield.

”I have one hundred per cent confidence that we can do it.”