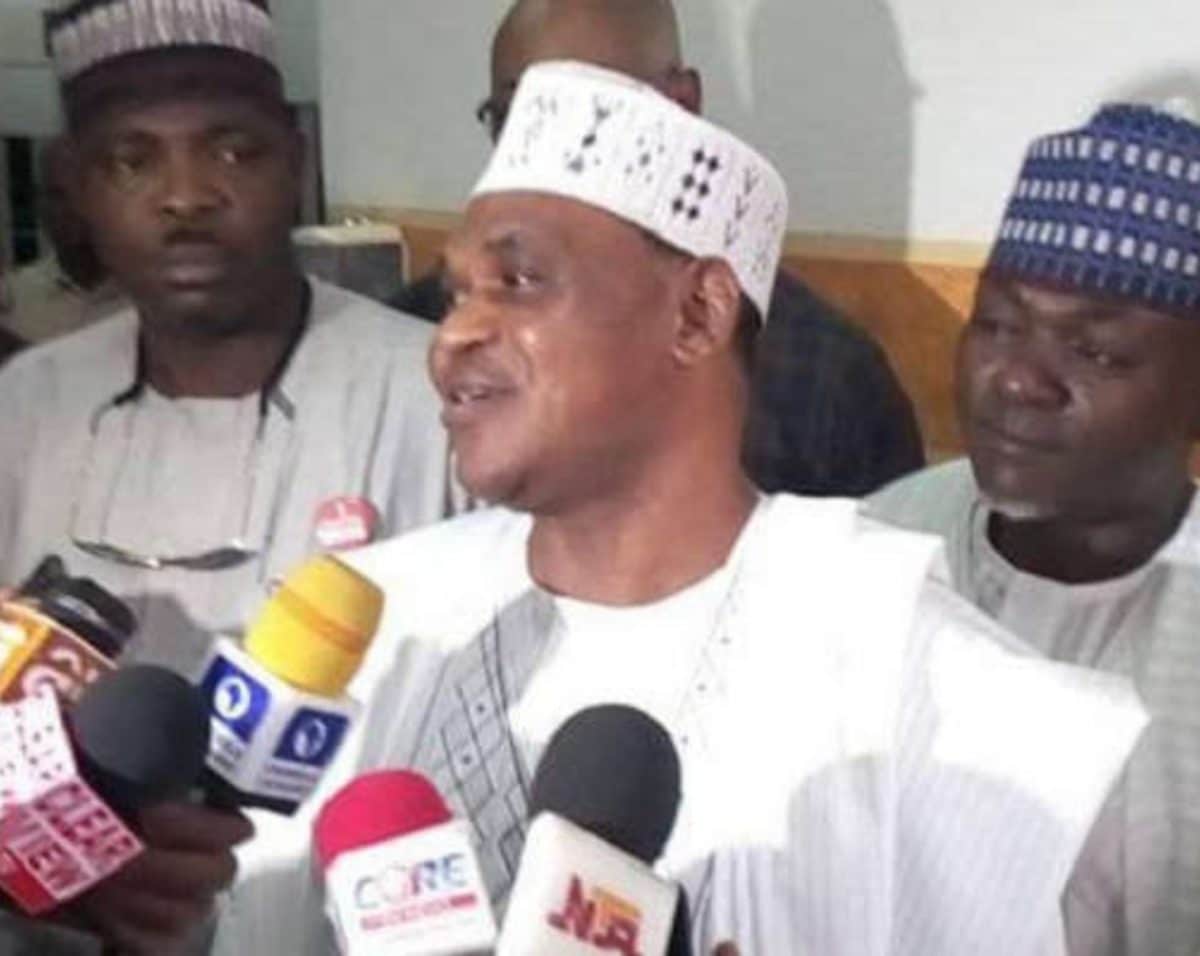 The governorship candidate of Peoples Democratic Party (PDP), Engr. Musa Wada, and his running mate have rejected the result of the election announced so far by the Independent National Electoral Commission, INEC.

DAILY POST gathered that, the Kogi State Governor, Alhaji Yahaya Bello, who is also the candidate of the All Progressives Congress (APC) in the last Saturday governorship election, is leading with a very wide margin in the results announced so far.

Governor Bello is ahead of the other 23 candidates with over 200, 000 votes margin in 15 out of the 21 local government areas where results have been officially announced.

But addressing newsmen in Lokoja on Sunday, the governorship candidate of People’s Democratic Party (PDP) Engr. Musa Wada, said the results announced so far were being written to favoured the All Progressives Congress (APC).

He posited that the deputy governor of the state, Chief Edward Onoja with security agencies were moving freely and visiting collation centers where he changed results to favour his party.

He also lamented that APC rigged the election with the result of Kogi Central, adding that he and his party, PDP will challenge the result in court.

“The result is not true reflection of what happened. The people of the state voted for PDP but APC changed the result to favour them.

“Results declared so far by INEC is a written result and we can’t accept that. Every single result was change and we are going to challenge the election. The election is not true reflection of what happened in the field.

“I am the candidate of the party and I don’t have to wait till they kill me. I have to cry out to the people of Nigeria to know that APC rigged the election.”

The collation officers are reporting that thousands of votes were cancelled as a result of violence in some polling units.

COVID-19: I have told my Deputy to take over If my test returns positive- Umahi

Taraba woman who chopped off husband’s manhood in Police custody.

Dr Khuphe has a reasonable excuse to extend the period to hold the EOC. She can apply for a permission to the court to extend