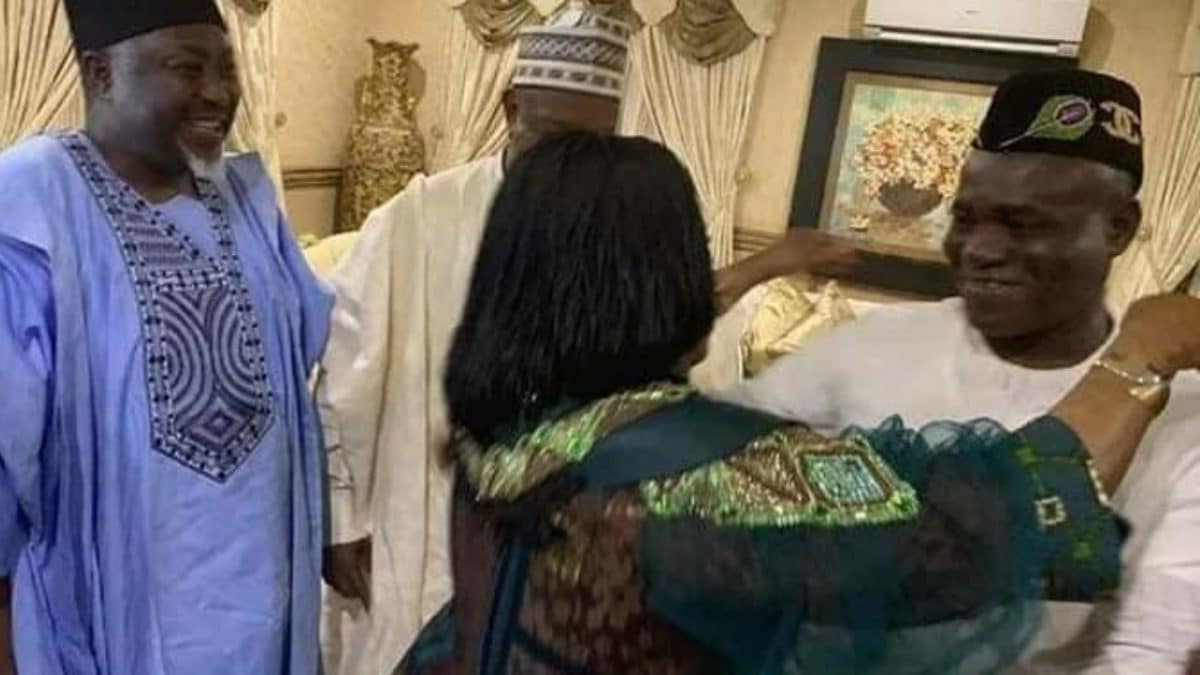 Former President, Goodluck Jonathan, and wife, Dame Patience Jonathan, have been pictured celebrating with the Jigawa State Governor Mohammed Badaru, who is also the Chairman of the All Progressives Congress (APC), Campaign Organisation and Senator Ita Enang over the victory of David Lyon.

An ex-aide to the former President, Reno Omokri had yesterday debunked the speculations that his former principal, who obviously did not show his support for the Peoples Democratic Party, PDP, candidate, Douye Diri, voted for the APC candidate, David Lyon.

However, Jonathan and his wife were captured celebrating the already confirmed victory of Lyon with the APC leaders when they visited his residence in Otuoke on Saturday evening.

Recall that prior to the election, Jonathan’s mother was also reported to have endorsed the candidate of the APC and reports emerged on social media on Sunday claiming that the former President also voted for the opposition party in the State.

The Minister of Health, Osagie Ehanire on Friday emphasised that the federal government has begun prioritizing border control as a means of checkmating the importation