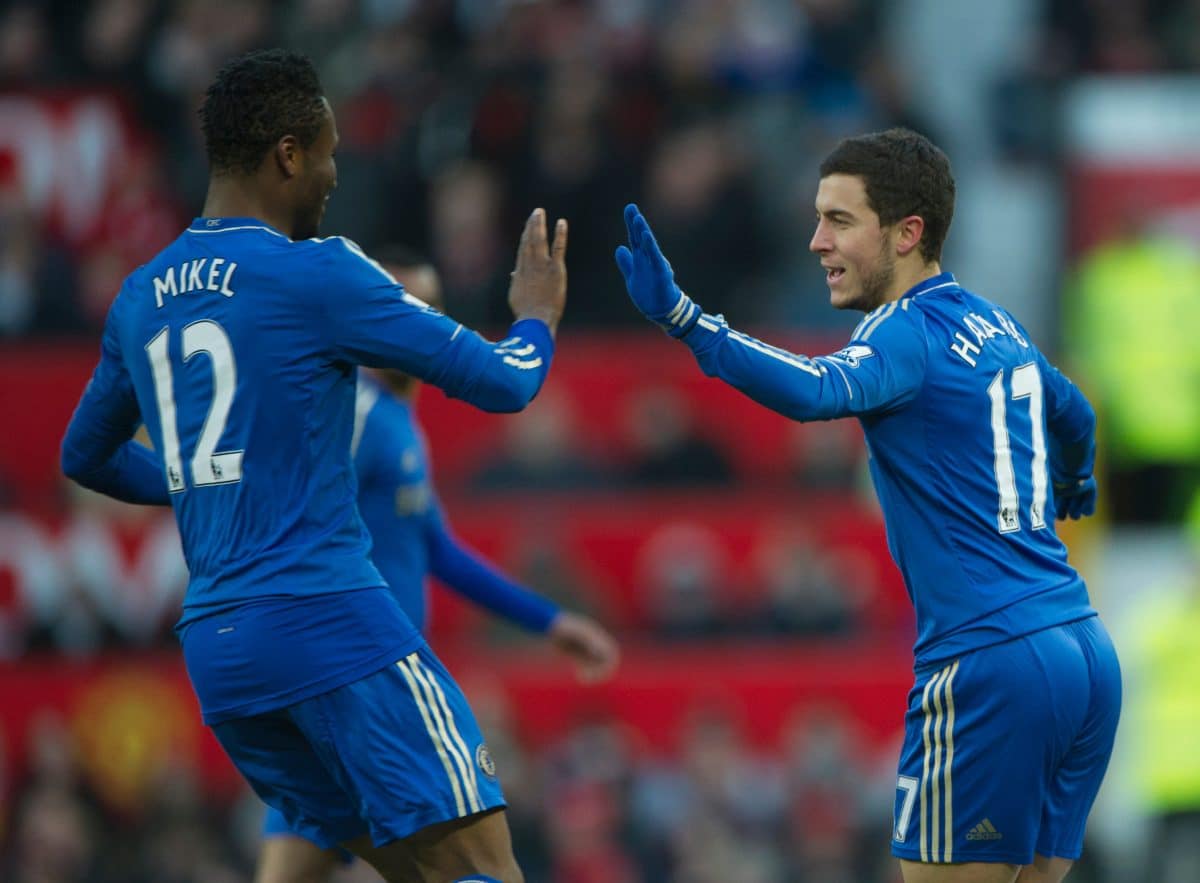 Former Chelsea star, John Mikel Obi has labelled Real Madrid ace, Eden Hazard, as the ‘laziest player’ he has ever worked with.

Mikel Obi, a former teammate with Hazard during their time at Chelsea said the Belgium International doesn’t like to train hard.

The former Super Eagles captain said this in an interview with beIN SPORTS on Sunday in Turkey.

The Trabzonspor midfielder said: “Eden Hazard is the laziest player I’ve ever worked with and my favourite African footballer is Didier Drogba.

“Maybe not as good as [Lionel] Messi, but he can do whatever he wants with the ball at his feet.

“He didn’t like to train hard. While we were working he was waiting for us to finish training just standing there.

“But on Sundays, he was always the man of the match, it was unbelievable.”