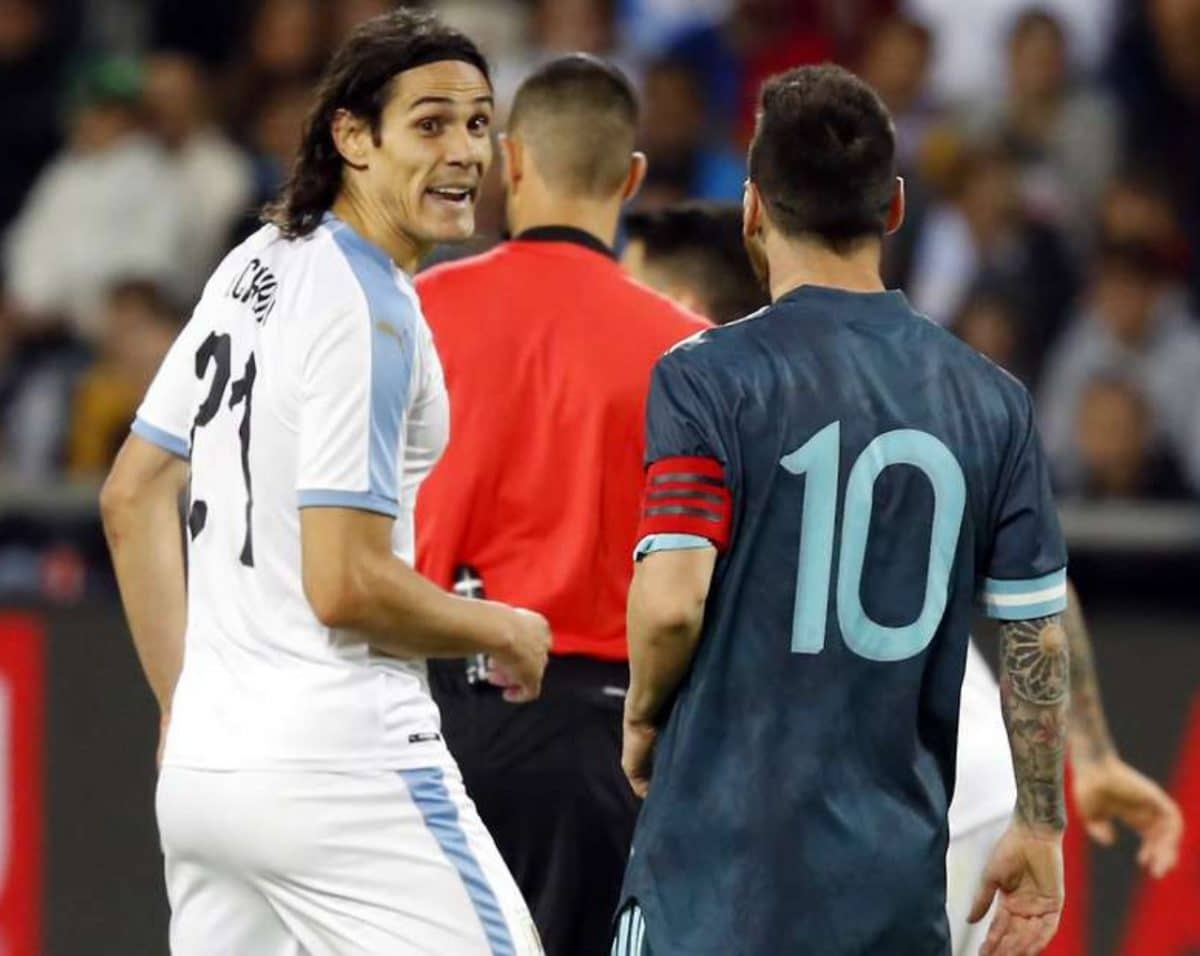 According to Argentine newspaper, Ole, Cavani was spotted on camera telling Messi during the match to fight him.

Messi, in response, told the Paris Saint-Germain star ‘whenever you want’.

This came as the pair were involved in a bust-up during the encounter. It followed a strong foul on Messi that sparked an argument between him and Cavani as the action continued in the tunnel at half-time.

However, it took Uruguay striker, Luis Suarez to separate Cavani and Messi.

Speaking after the game, Cavani played down the incident.

The former Napoli star was quoted by ESPN as saying: “It was a classic, a very friction match with strong entries such as South American football.

“On both sides there are good things, we leave with a positive feeling and we try to play football, then it was already a classic, we live it like this.”