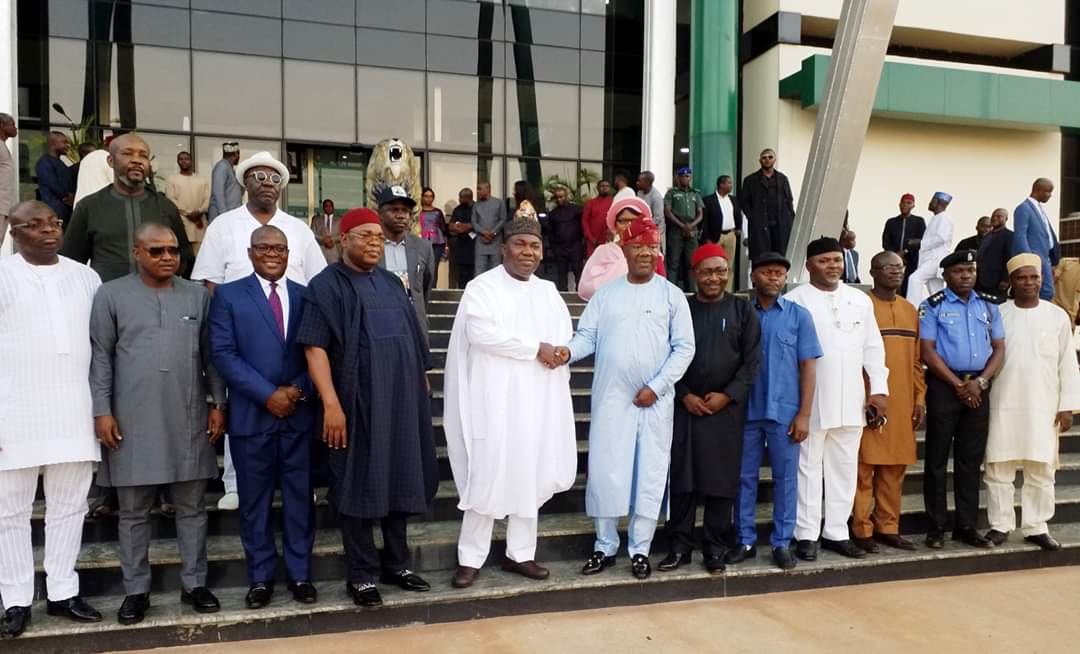 In furtherance of his administration’s commitment to sustainable peace, security and good governance in Enugu State, Governor Ifeanyi Ugwuanyi, on Friday, inaugurated a 17-man committee on conflict resolution, headed by Dr. Uchenna Ogbu, as the Director-General.

Noting that “the whole world is steadily embracing Alternative Dispute Resolution (ADR) as a means of resolving conflict”, Gov. Ugwuanyi, while inaugurating the committee, stated that the body is saddled with the responsibility of “reconciling issues between individuals, communities and/or institutions that may be assigned to them by His Excellency, the Governor”.

The Governor said his administration in the past five years has “strived to build an Enugu State of our dreams where there is peace and common brotherhood”, adding that “we know that Enugu State is one big family, as we have zero tolerance for bitterness and conflict”.

He pointed out that the committee was set up in recognition that “in every human settlement, there are bound to be conflicts because of our unique individual differences”.

Gov. Ugwuanyi urged members of the committee “to go out and ensure that conflicts are resolved through dialogue and reconciliation as may be assigned to you, thereby helping government in the discharge of its responsibility”.

Reiterating his administration’s resolve in setting up other institutional and legal frameworks for dispute resolution, the governor further stated that “Enugu State is the first State in the whole of South East Zone to set up the Multidoor Court House in 2018 and the third in the Country after Lagos and Abuja”.

He revealed that his administration has also established mediation centres in all the Local Government Area headquarters of the state and enjoined the committee, which comprises professionals and former members of the State and National Assemblies, representatives of the security agencies as well as the Independent Corrupt Practices Commission (ICPC), to take advantage of the existing government’s mechanisms for dispute resolution in the discharge of their duties.

Responding on behalf of others, Dr. Ogbu thanked the governor for finding them worthy to serve in the committee and assured him of their commitment to full actualization of his noble vision towards the maintenance of peace and stability in the state.

The Director-General, who described the committee as “the first of its kind in the history of Enugu State”, said that it is “another hallmark of creative, trend-setting and innovative disposition of His Excellency ever since he assumed office as the Chief Servant of the people of the state”.

Stating that the committee is “the imprint of a leader who is deeply concerned and committed to the welfare, peace and socio-economic advancement of his people, Dr. Ogbu reassured the governor that the members will ensure that his good intentions and the set objectives of the committee are fully, effectively and satisfactorily actualized.