Almajiri crisis: A letter to Nigerians 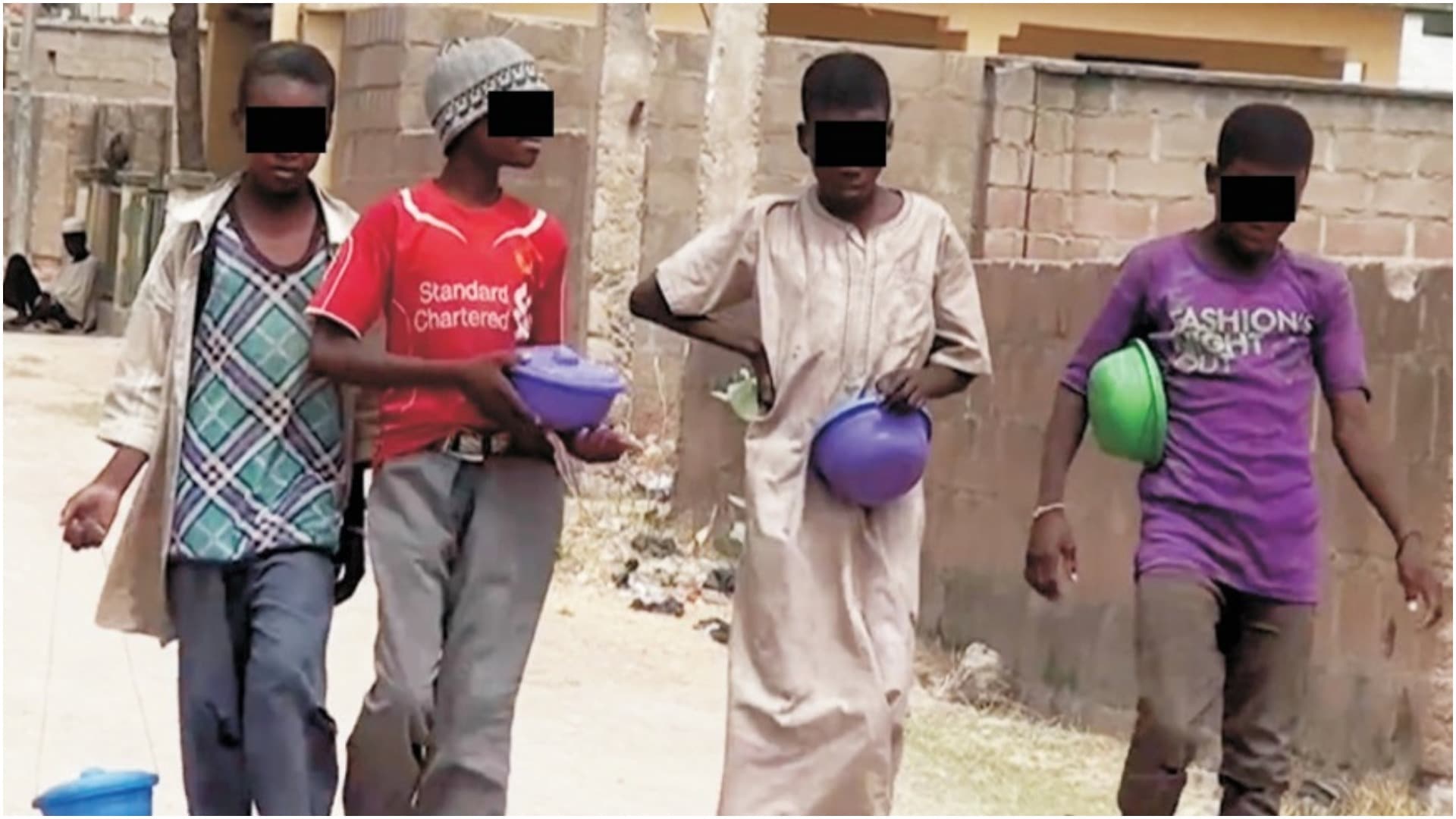 In the last month, social media has been awash with multiple scenes, most from Northern Nigeria, of mile-long queues of hungry young children — Almajirai or Almajiri children as they are now referred to; bowls in hand, waiting for food. These images stand in stark contrast with recent images that have also been circulating for the last year in the same region; of displays of opulent lifestyles and exhibition of immeasurable wealth. These contrasts of extreme wealth and extreme poverty pervade our everyday reality across Nigeria.

However, it is haunting when the displays of such opulence are in a region that is in the throes of an interminable insurgency; an ongoing humanitarian crisis, the crux of which is some of the worst development indices in the world, with about 80 % of the population living on less than $2 a day. At one time, Almajiri, the plural of which is Almajirai, meaning learner, was used in Northern Nigeria to refer to “one who searches for knowledge and displays high moral rectitude.”

Almajiri is not just a Northern Nigeria phenomenon. It is part of the wider Islamic practice of dedication to learning, and of devotion and submission to the will of the Almighty. As such, this system began as a form of education built on strong moral and religious foundations with a strong social component. Parents would relinquish the care of their children at a tender age to become wards of an Islamic teacher and study the Quran under his tutelage.

Historically, families were still responsible for the upkeep of their children, however, with the increasing inability of parents to cater for their needs, communities stepped in to provide the children with clothing and food. Many of our homes had a large pot of food every night specifically for the Almajirai. It was a dignified and orderly system; we provided for young pupils as learners, who would one day themselves become Islamic scholars and teachers.

Today, the name Almajiri has become synonymous with seemingly abandoned children roaming the streets of our nation, seeking alms, begging, and sometimes engaging in criminal activity as a result of their basic survival needs not being met. And, Almajiranci – the act of being an Almajiri has become a perpetual situation for the children; evidence of pervasive societal neglect. They signify an abdication of our collective responsibility amidst waste and abuse of resources derived from our commonwealth, which allows the perpetuation of a system that no longer has basis in religion or culture.

The original intention of the Almajiri system of education cannot be faulted. Northern Nigeria is predominantly Muslim, and a Quranic education is a crucial feature of Islam, and was seen as a revered, parallel and analogous system to Western education. The initial failings of the system were akin to the failings of our non-Islamic schools; poor infrastructure and pedagogy and an abysmal quality of formal education for the teachers resulting in high levels of illiteracy and ignorance.

In tracing the collapse of the Almajiri system, external historical factors cannot be overlooked. Professor Idris A. AbdulQadir writes on the topic: “…with the disposal of many Emirs and the defunding of religious schools by the British [during the colonial era], formal control over the Almajiri system was lost. This is certainly the genesis of the predicament of the Almajiri system today.” The failure of this system became more acute precisely because the institution was built on noble foundations tied to a paternalistic, humane and altruistic society that no longer exists.

The schools, no longer maintained by the State, communities and parents, succumbed to the pressures of economic crises, particularly after the lost decades of the 1990s. The increased financial precarity of the post-Structural Adjustment era undermined the capacity of many citizens to maintain levels of hospitality and generosity in accordance with conventional religious and sociocultural expectations.

Today, distorted governance, combined with a failed feudal system, and a rather clichéd and unfortunate approach to education for the masses continue to uphold an Almajiri system that has come to represent a dehumanising culture and the lack of care for the physical, mental and social wellbeing of our children. This situation is mirrored across the nation as children are subjected daily to a combination of neglect and abuse, both physical and sexual.

It was shocking to discover in September 2019, that 300 men and boys bearing the scars of beatings and chains, some of whom had apparently been sodomised, were rescued from a purported Islamic school building in Kaduna, Kaduna State in Northwest Nigeria. Two months later, 259 men, women and children were rescued from a similar rehabilitation centre in Ibadan, Oyo State in Southwest Nigeria.

During a recent trip to Borno, driving from the airport to town, visiting IDP camps full of Boko Haram returnees and halfway houses for released Boko Haram detainees, it is clear that the most basic needs of food, shelter and education for our children is not a priority. This is the story from Kano to Zamfara, Katsina to Yola: the streets are teeming with destitute children waiting for random morsels of food, including from those whose wealth is ill-gotten, misappropriated from our collective patrimony. Our children have become down-trodden, destitute, and immiserated.

A whole generation is locked into a cycle of poverty, having not a day of formal education; be it Western or Islamic, but are instead turned into beggars on the streets, in front of the very homes of those whose residents should hold their future and their hope in trust. The subjugation of and destitution of a generation of Nigerians is largely what has fuelled Boko Haram and other militant organisations. And as the epicentre of this endless conflict moves from the Northeast to the Northwest, the terrorists continue to kill old men, rape and kidnap women and children indiscriminately, using violence against the weak and vulnerable to terrorise and brutalise communities.

So, we write for two reasons:
1. As Nigerian mothers in protest – The psychological trauma of having our children’s innocence and dignity snatched away at such a young age is unacceptable. We protest the creation of a two-tier system in which certain children are privileged with access to succour, accommodation, education, possibilities of employment, undergirded by their parent’s wealth or position within society. Their lives are juxtaposed to the dire circumstances of others, who by virtue of the circumstances of their birth are forever sentenced to a life on the periphery of society, only able to look in but never partake.

Children denied opportunities to self-actualise; they are abused, abandoned and their lives stunted, damned to drift in a haze of hunger and uncertainty. We cannot hold our heads up while any of our children are being so debased. We as concerned mothers rally, and in the spirit of the courageous women of Nigeria; of Aba and Abeokuta; of Nana Asma’u of Sokoto, daughter of Usman Dan Fodio; renowned scholar, teacher, poet, diplomat and advisor of rulers; with sorrowful defiance, figuratively bare our breasts in protest at this collective shame!

We exhort our government to embark on an aggressive campaign and expose the ills of this institution which no longer has a basis in either logic or modernity. The institution must be radically overhauled. This is the second decade of the 21st century, so, we need to enter crisis mode to address the egregious problems produced by the socioeconomic crisis underway. A sustainable and holistic social rehabilitation and reorientation program is needed to deal with this scourge and its negative impact on our children and our society.

2. A symbol of admonition– We condemn without reservation the unparalleled misuse and abuse of our commonwealth in the face of the dire existential problems that our children are facing. The magnitude of corruption that we continue to see in Nigeria is tragic and must be denounced by all of us. So, through this medium we are launching the Allah Ya Isa Campaign, so that those of our leaders who do not feel that they need God’s favour, will certainly fear His wrath.

This unparalleled poverty and neglect in the midst of such plenty must stop. We are therefore affirming God as the final arbiter of all human situations. And, we ask that from today, every Nigerian demand accountability for our commonwealth, from our leaders and all those to whom we have given our mandate. We must stand up to them openly and without apprehension or fear, that for every Kobo they steal, misappropriate or misuse, and a Nigerian child is deprived of that meal, that bed, or access to that classroom; Allah Ya Isa.

We hope and pray that this letter serves as a clarion call to all Nigerian mothers and to every man, woman and child of conscience. Let today be the beginning of a new dawn for Nigeria’s children of every “tribe and tongue.” It is time that we wake up to the realisation of the imminent danger that is before us if we do not deliver our children the promise of our sacrosanct Constitution; protection “against any exploitation whatsoever and against moral and material neglect,” in the words of our revered National Anthem; “with love, and strength and faith.”