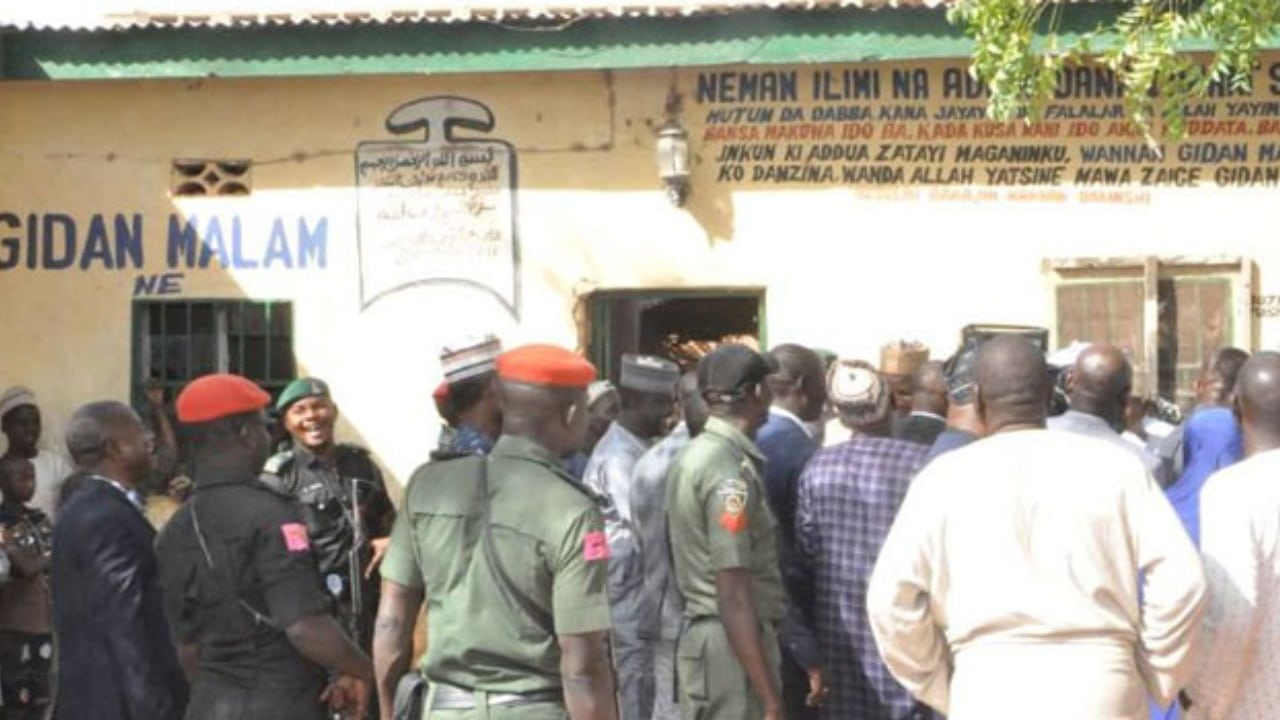 Governor Aminu Masari of Katsina state has ordered the closure of a traditional healing center in Tashar Wali area of Dutsi Local Government Council of the state.

According to Channels Tv, the governor gave the directive after he paid an unscheduled visit to the center on his way back from Daura LGA.

Masari during inspection of the home observed that the center was oozing with stench and not hygienic as a healing home.

But the healer speaking to the governor explained that the stench from the centre was coming from some rooms in the building were concoctions were made from writings within the Holy Qur’an.

According to the healer, the concoction was used to wash bodies to heal infirmities, while some women sometimes drink it for healing purposes.

“The people visiting the home could end up being afflicted with various ailments as not even a pit latrine exist within the premises of the healing home,” Masari said.

The governor, immediately directed the state commissioner for local government and chieftaincy Affairs, Ya’u Gwojo-Gwojo to summon the Head of Administration including the District Head of the affected LGA to ascertain the claims by the traditional healer, Sada Salihu that the local authorities were aware of his operations at the healing home.

Ondo explosion: IG sets up committee, vows to unearth real cause of blast