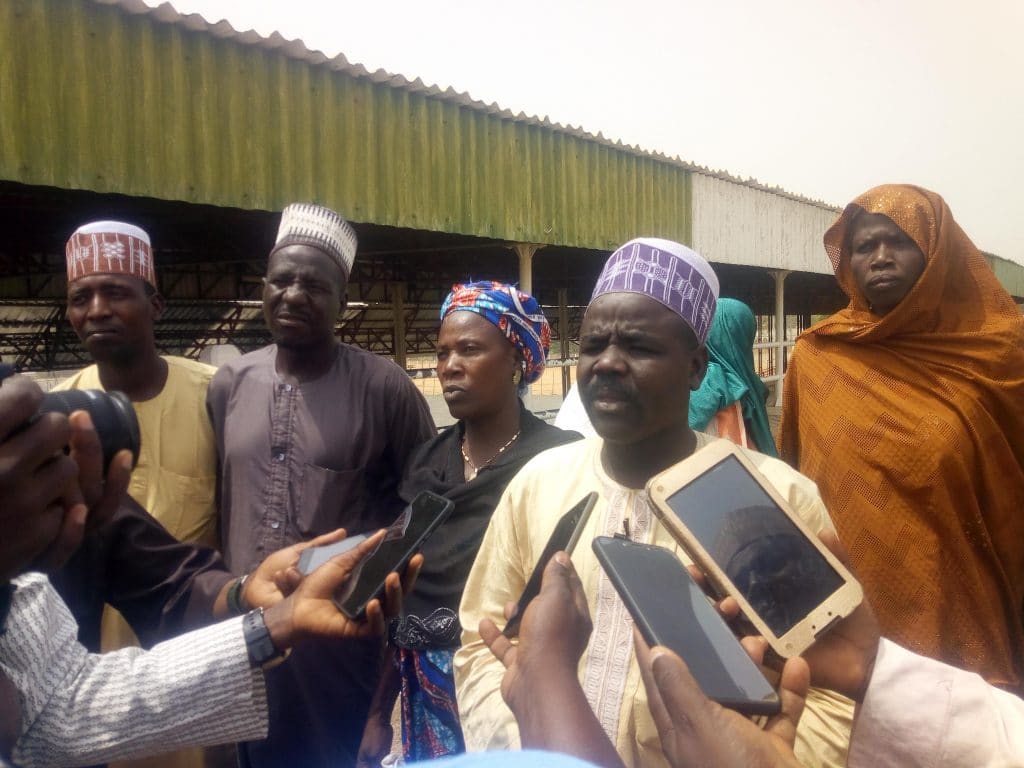 The IDPs, who hailed from Bama, Gwoza and Ganboru in Borno State, have their camp in Fufore, headquarters of the Fufore local government area of Adamawa State where they have lived for a couple of years after they were displaced by Boko Haram insurgents from their birthplaces.

The IDPs, who said they are about 1,500 in number, demonstrated their grievances in the state capital, Yola, through their representatives who addressed newsmen at the Mahmud Ribadu Square.

One of their spokesmen, Umar Bakura, said the Federal Government, which caters for them through the National Emergency Management Agency (NEMA) had left the Fufore IDPs Camp camp without food.

Umaru said, ”For the past four months, we have not received any food from NEMA. Among us are children, elderly people and orphans.”

He said the leaders of the IDPs had met with NEMA officials to no avail and the camp was already having cases of malnutrition among children.

“President Muhammadu Buhari should intervene; he should evacuate us back to our respective local government areas in Borno State,” Umar begged.

Responding to the matter, the Operational Officer of NEMA for Adamawa and Taraba states, Midala Anuhu, said NEMA knew about the situation and was acting on it.

He said it was not exactly true that the camp had not had food for four months because NEMA provided them food in December 2019, but that steps had been taken to make food supplies more regular.

“We have forwarded their case to our headquarters in Abuja and we are still waiting for the approval,” he said.