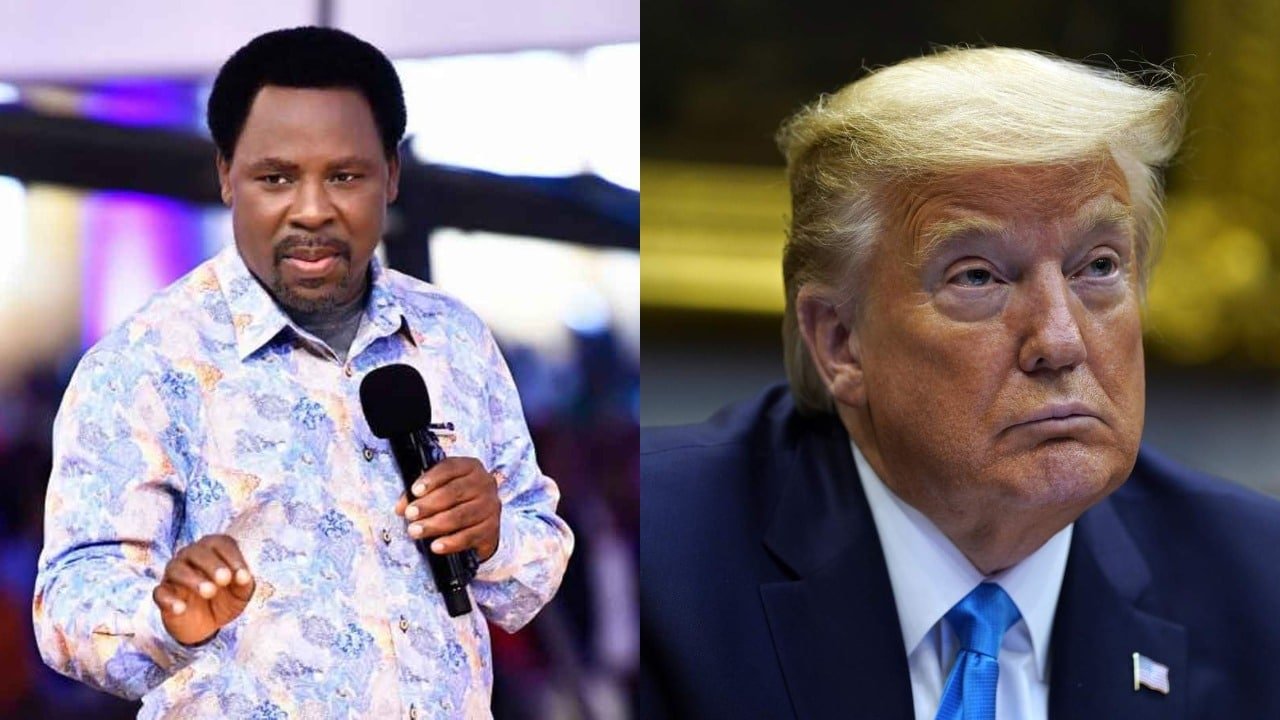 The founder and General Overseer of the Synagogue Church of All Nations, SCOAN, Prophet T.B Joshua, has sent a fresh message to the President of the United States of America, Donald Trump.

The message is concerning the current security situation in the USA and the coming presidential election.

Joshua entitled the message he shared during his live Sunday service, ‘My message to President Donald Trump on security issues,’ recalling that he had prophesied what is happening currently happening in the US during his prophecy for 2020.

Following the killing of George Floyd, Americans, most of the black race have taken to the streets over police brutality with several US states activating National Guard troops.

Joshua said that a similar situation would occur again in June and warned that it could affect the coming election.

“During my prophecy for 2020 released on 28th December 2019; prophecy number four concerning America was given as follows: ‘Approach to the security issue will affect the candidates and swing voters in the next election,'” he said.

The cleric noted that the people perish where there is no vision, pointing out that during Trump’s regime, the name of Jesus has been given more honour.

“What glory! Let us look beyond our palace for God’s authority. With God, all things are possible! Let us act now,” Joshua said.

“It is not all up to God; we have a role to play. More appeals to the people and security are required – in a language that will douse the tension and stop this situation – so we can then commit the future one into God’s hands.”