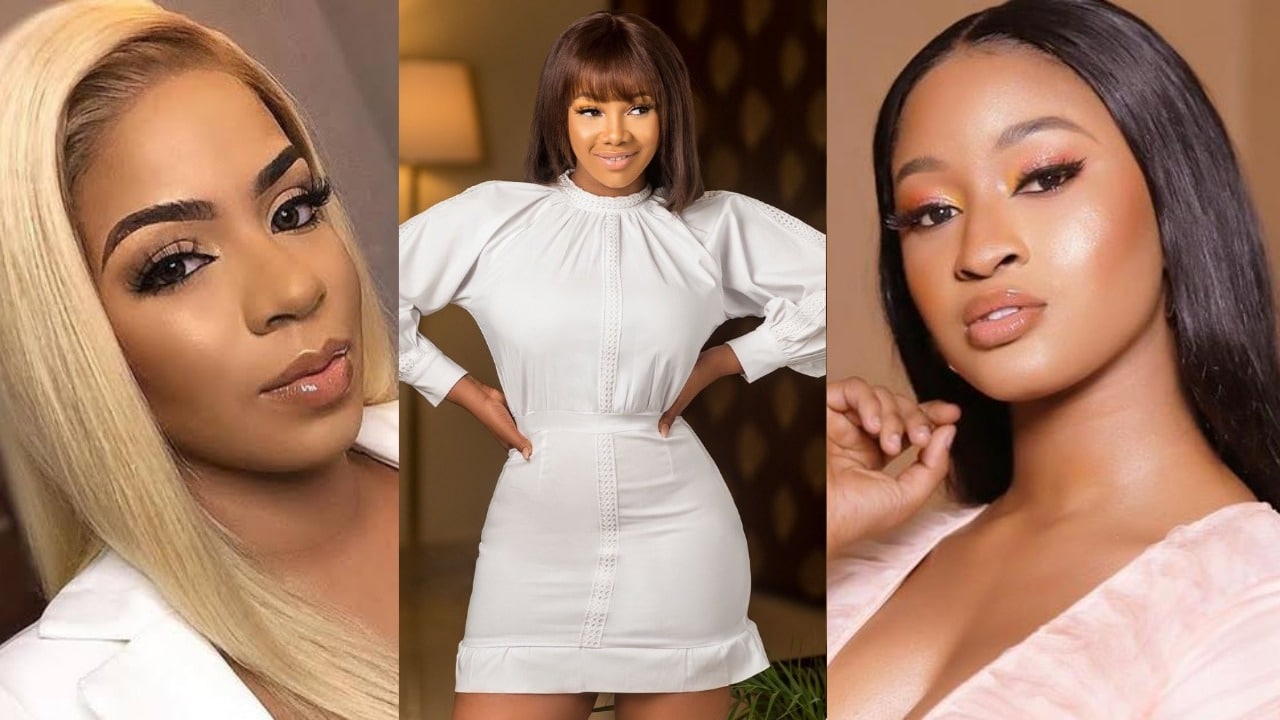 Ex-BBNaija housemate, Kim Oprah has lashed out at Tacha for displaying high level of insecurity during the ‘Pepper Dem’ season.

Kim claimed that Tacha’s was constantly bragging just to suppress other housemates because she lacked confidence and security around her.

The second season of #BBNaijaReunion started on Monday with former housemates of the ‘Pepper dem’ edition present alongside the official host, Ebuka Obi-Uchendu.

When asked of which housemate bragged the most in the house, Kim told Ebuka that it was Tacha.

According to her, Tacha’s behaviour of bragging about her fans and how other housemates escorted her to the reality show proved she had insecurity issue.

Kim added that Tacha had not learnt despite her disqualification from the show.

Kim, talking to Tacha, said: “Your insecurity makes you speak like you have made it .

“You said you’ve learnt, but you haven’t. You brag and make others look like nothing, meanwhile, we did not see the evidence.

“It was very rude for Tacha to say the housemates escorted her into the house.

“You left, you were not better! You were disqualified!”

Venita, one of the ex-BBNaija housemate also agreed with Kim, stressing that Tacha has insecurity issue, and had no confidence.

“Tacha is always reflecting on her insecurity which is always making her arrogant and intimidated all the time,”Venita added.

Recall that Mercy Eke won the 2019 edition of BBNaija. It was the first time a female contestant emerged winner of the reality show.

But a week earlier, Tacha was disqualified after a fight with Mercy.