A Young makeup artist, identified as Deborah Tushima on Saturday allegedly slumped and died during her birthday celebration.

The report which went viral on social media on Sunday alleged that Deborah died of poisoning at her birthday party after she received a gift of IPhone 11.

However, a family member on Monday morning described the reports making the rounds as false, adding that Deborah did not die of poisoning from one of her friends.

Her post reads: “I really don’t know where you are getting all this your rumours from but this is what an immediate family member told me, I really shouldn’t be doing this.

“Deborah’s death hasn’t been confirmed as poisoning, Deborah Tushima did not die because of an IPhone 11.”

In the screenshots shared on Twitter, the family member whose identity was not disclosed revealed that Deborah slumped.

The family member disclosed that the deceased started “fainting” recently and the one that happened at her birthday party and ultimately led to her death was the fourth time she fainted.

“Later on, we discovered that she has a heart problem that makes her faint, and she has been fainting for some time but her parents did not know about that.

“Debora died in Makurdi, where she was doing her IT, not in Jos as was initially reported.” 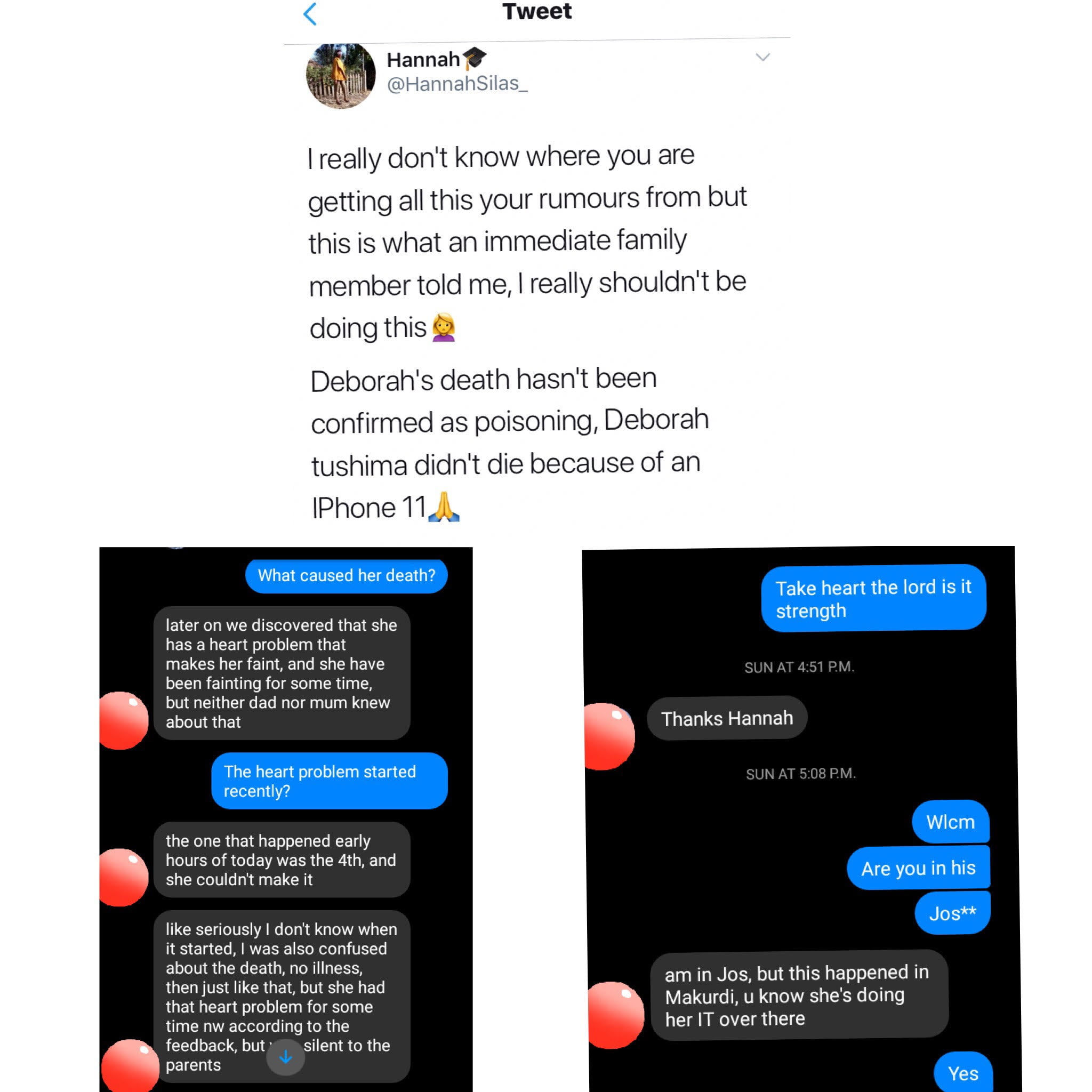