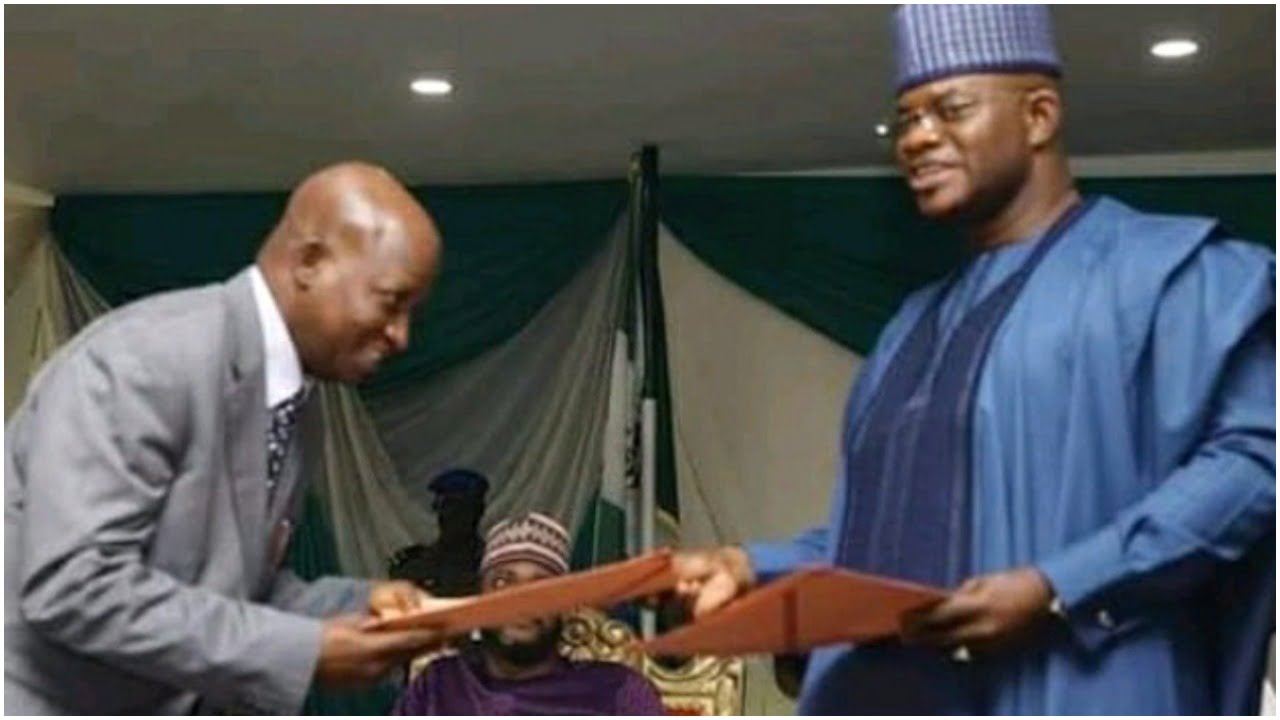 Kogi State Governor, Alhaji Yahaya Bello, on Wednesday swore in Justice Henry Adebola Olusuyi as Acting Chief Judge and Justice Bayo Olusegun as Acting President, Customary Court of Appeal with a charge to be selfless to the cause of justice and humanity.

It would be recalled that the state suffered the demise of Former Chief Judge, Justice Nasiru Ajanah and President of Customary Court of Appeal, Justice Shaibu Atadoga which necessitated the appointment of new officials.

Gov. Bello in his address tasked both legal appointees to bring their considerable history as experienced jurists to bear in the administration of justice in the state, adding that he was confident they would provide excellent leadership for the Judiciary and the state in general.

“We have no doubt that they will provide excellent leadership for our Judiciary and the state in general. We, therefore, charge them to execute all the functions of their respective offices with erudition and the fear of Almighty God”.

The Governor, while paying tribute to the late jurists, noted that both taught the people that selfless service to society was how to become immortal in the hearts of fellow men.

He added that they both achieved a legacy that would long outlive them while he prayed that their good works continue to speak for them in eternity.

“Justice Nasir Ajanah was the longest-serving Chief Judge in the history of Kogi State. He served during the tenures of 3 Governors. He was a brilliant legal mind distinguished by a massive wealth of experience.

“He piloted the Kogi State Judiciary with a firm hand, and defended the independence of the Judiciary and the doctrine of Separation of Powers as he saw fit, irrespective of any differences of opinion.

“Justice Shuaibu Atadoga was on his part a workaholic judge who set stellar standards of excellence in the practice of his profession. He inspired reforms, including amendments to the enabling law which greatly expanded the roles of the Customary Court.

Earlier in his address, the State’s Attorney General, Mohammed Sanni, SAN noted that although the death of the two former Judicial heads was painful, there was the need to fill the existing vacuum.

He pointed out that the newly Appointed Judicial heads were men of reputable character and qualified experience for their new assignments.