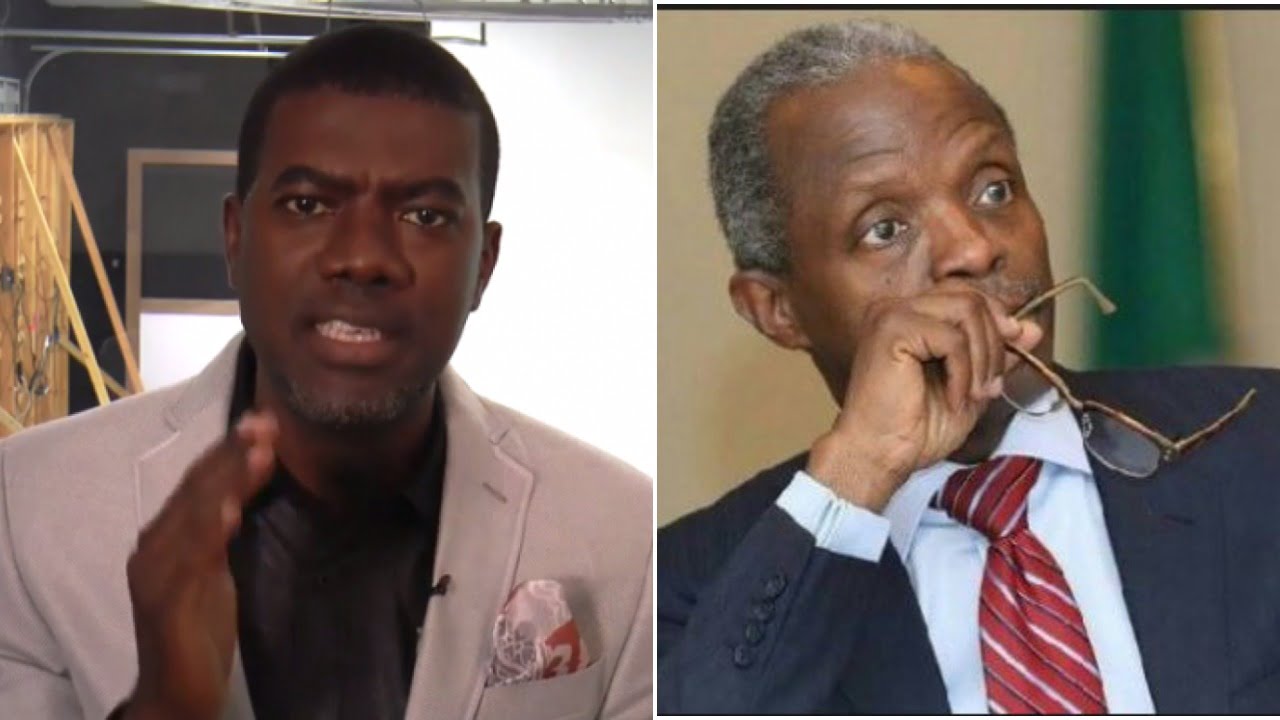 Reno Omokri, a former presidential aide has warned Vice President Prof Yemi Osinbajo against using the police to intimidate the blogger who accused him of receiving N4 billion from Ibrahim Magu, the suspended Chairman of the Economic and Financial Crimes Commission, EFCC.

He said the Vice President should instead clear his name or sue the blogger, adding that Osinbajo once accused Goodluck Jonathan in like manner but the ex-President did not use the police against him.

Osinbajo had earlier on Thursday asked the Inspector-General of Police (IGP), Mohammed Adamu, to investigate allegations that he received N4 billion from Magu.

This was contained in a petition addressed to Adamu through Osinbajo’s lawyer, Taiwo Osipitan and dated July 8, 2020.

The Vice President asked IGP Adamu to initiate criminal proceedings against Ude if the allegations are proven to be untrue after investigation.

Reacting to Osinbajo’s action, Omokri tweeted, “It is an abuse of office for the so-called pastor @ProfOsinbajo to ask the IGP of @PoliceNG to investigate @JacksonPBN.

“If VP Osinbajo is sure Magu didn’t pay him ₦4 billion, as alleged, then he should sue him for slander, rather than use the police to intimidate him.

“When @ProfOsinbajo lied against ex-President @GEJonathan, Jonathan did not ask the @PoliceNG IGP to intimidate Osinbajo.

“He just revealed the facts, which proved Osinbajo is a LIAR. Osinbajo should come clean with the facts of the Magu ₦4 billion allegation.”

How I got pregnant, banned from singing in church choir – Waje 0