EFCC made the revelation on Monday before Justice A. T. Mohammed of the Federal High Court sitting in Port Harcourt, Rivers State.

The prosecution presented its first witness, Abbas Suleiman, an Assistant Detective Superintendent (ADS) of the EFCC.

Led in evidence by prosecuting counsel, M. T. Iko, Suleiman told the court how the agency conducted investigations that led to the suspect’s arrest in Umuahia, Abia State.

The official said the defendant was arrested with one Samsung Galaxy phone, one iPhone 11, one black Dell laptop, three Nigerian international passports and one Acura car. 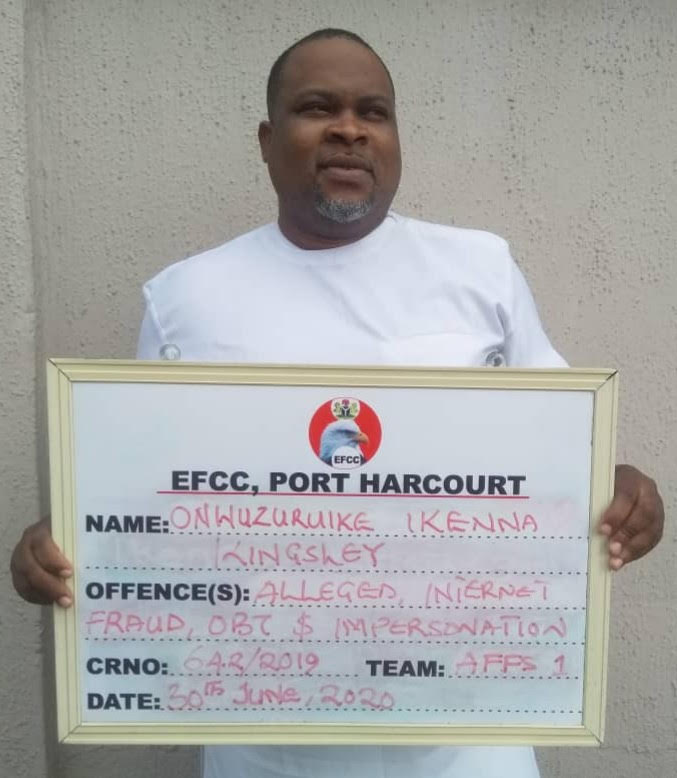 Suleiman recalled that Kingsley was taken to the EFCC Port Harcourt office, “where he volunteered his statement in writing under caution”.

He disclosed that in the course of the investigation, letters questioning his activities were written to Egypt, Thailand and United States Embassies, United Bank for Africa (UBA), Polaris Bank and Ecobank.

The letters marked as Exhibit A1 to E respectively were accepted by the court as evidence.

Kingsley is a native of Umurokoala North LGA of Abia State.

He is being prosecuted on eight-count charges bordering on conspiracy, impersonation, forgery, possession of proceeds and obtaining money by false pretence to the tune of $8,502,000.

He used the false identity to defraud his victims.

Kingsley told the victim that he was a beneficiary of inheritance funds in a fixed deposit account in Prime Trust Financial Bank.

Justice Mohammed adjourned the matter to July 16 and 17 for the continuation of trial.