Clerk to National Assembly (CNA), Mr. Mohammed Ataba Sani-Omolori, has called on the staff and the general public, to disregard the media report that he had been sacked by the National Assembly Service Commission.

The Commission had on Wednesday afternoon, issued a statement, announcing the compulsory retirement of Mr. Sani-Omolori and 49 other senior staff of the National Assembly, whom it claimed had passed the age of retirement.

Chairman of the Commission, Ahmed Amshi, who signed the sack statement, claimed the affected persons had either reached 30 years in service or attained 60 years of age.

But Sani-Omolori, in a swift response, said the actual retirement age of staff in the National Assembly, as passed by the 8th Assembly, was 40 years of service or 65 years of age.

The Clerk, in a statement personally signed, faulted the Commission for attempting to alter the resolution of the 8th National Assembly.

He said, “the extant regulation as contained in our Revised Conditions of Service duly passed by both Chambers of the 8th National Assembly puts the retirement age of staff at 40 years of service and 65 years of age whichever comes first.

The CNA said the Management had maintained a studied silence in deference to the leadership of the 9th National Assembly who is looking into the position being canvassed by the Commission.

“It is therefore intriguing that the National Assembly Service Commission has unilaterally gone ahead to take a ‘decision’”, Sani-Omolori submitted.

He, therefore, urged all staff of the National Assembly, including those affected in the said report, to disregard the press release by the Commission and go about their lawful duties. 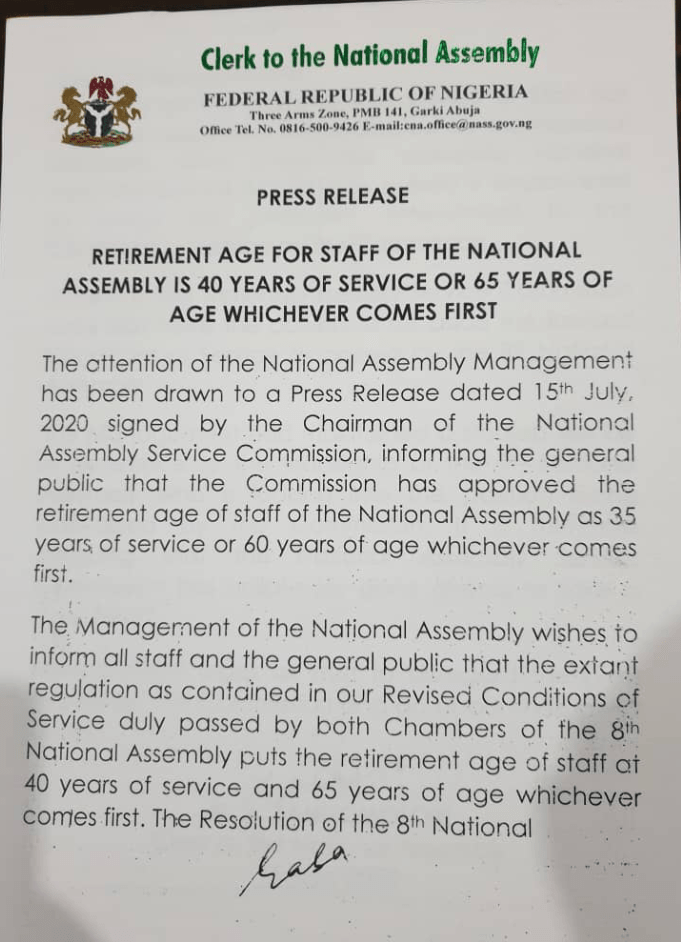 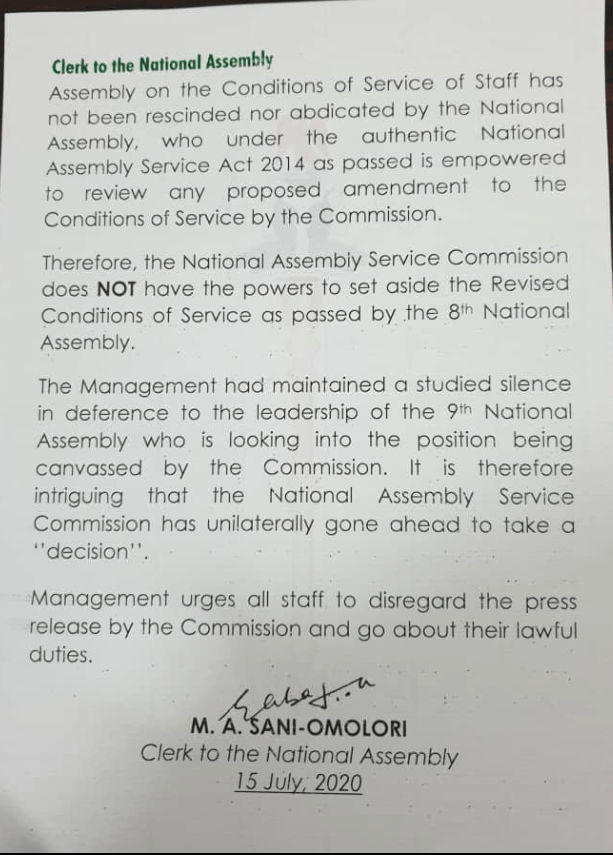 BBNaija 2020: Kiddwaya promises to support Erica even if she dates Laycon [VIDEO]