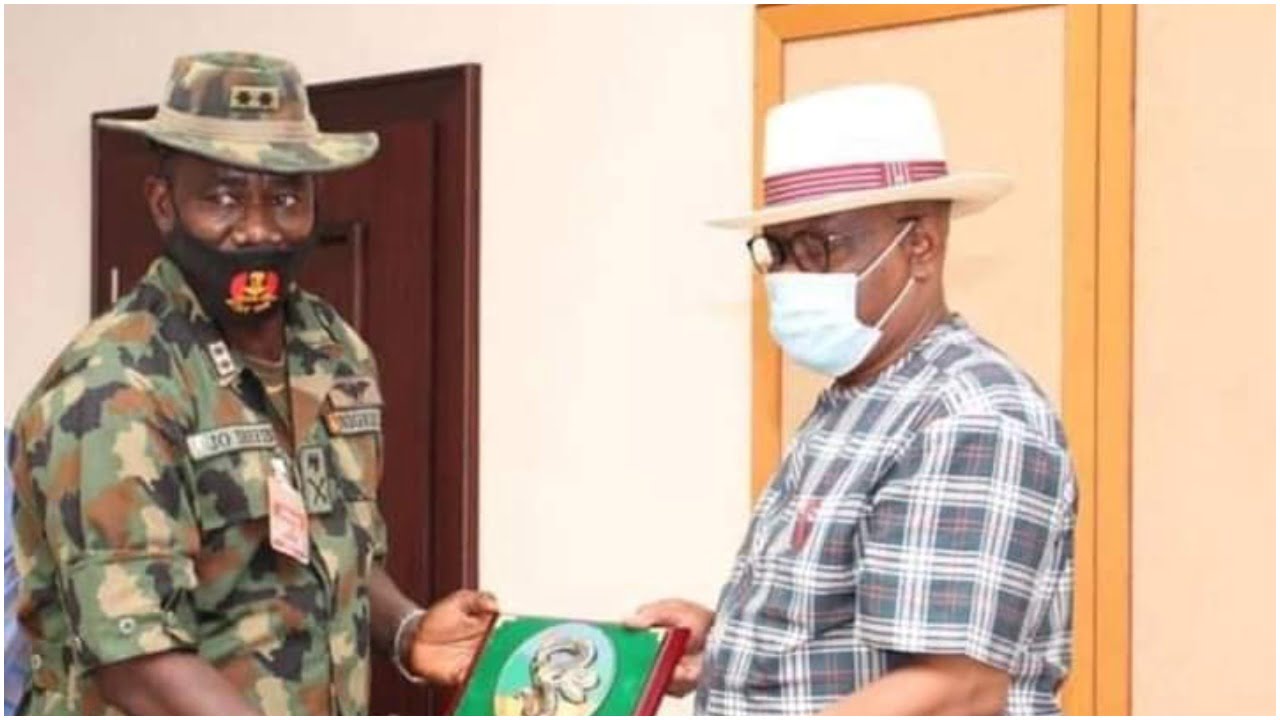 The Rivers State Governor, Nyesom Wike, has charged the new General Officer Commanding 6 Division of the Nigeria Army, Major-General Olu Irefin, to focus on fighting crime in the division and avoid getting involved in partisan politics.

Governor Wike, who conceded that there are pockets of criminal elements in the state, also pledged the readiness of his administration to collaborate with the new GOC to flush them him.

He made the submission Thursday when the new 6 DIV GOC, Major-General Irefin paid him a courtesy visit at Government House, Port Harcourt.

“Our determination is to keep the state safe but development also attracts criminality, so we can’t say we are totally free.

“There are still pockets of criminal elements. So, as a professional whose role is to defend the territorial integrity of the country, fight crime and do not involve in politics.

“We are willing to collaborate with you as a government because security is important for us. Just let us know what you require to succeed in the fight against criminality.

“That way, we will be partners in progress and make the State safe for all residents,” Wike stated.

Irefin said on assumption of duties his commanders told him that they have enjoyed tremendous support from the Rivers state government in the discharge of duties.