Many feared dead as Air India flight from Dubai crashes

At least, 17 persons have been confirmed dead, while 100 others sustained serious injuries as an Air India Express flight from Dubai crash-landed in Kozhikode, India on Friday evening.

According to the Indian Express, the aircraft, with 190 people on board, was attempting to land in bad weather when it shot its runway around 7.40 pm and split into two after nosediving into a valley 35 feet below.

Malappuram District Collector, K Gopalakrishnan who spoke to newsmen said. “The injured persons have been admitted to hospitals in Kozhikode and Malappuram.

He also said that out of the 110 admitted in Kozhikode, 11 died, while of the 80 taken to Malappuram district, six died.

“The pilot Deepak Vasanth Sathe, who died along with co-pilot Akhilesh Kumar, was a former Wing Commander of the Indian Air Force and had served with its flight testing wing.

“Those on board included 10 children and six crew members,” Gopalakrishnan said .

He further explained that the rescue efforts were delayed due to the leak of fuel from the aircraft.

“We had to control the leak to prevent fire before rescuing persons from the tail end of the aircraft.

“Everyone has been shifted to hospitals,” he added.

Also, Civil Aviation Minister, Hardeep Singh Puri said relief teams from Air India and the Airports Authority of India were being dispatched from Delhi and Mumbai.

He also stated that a probe by the Aircraft Accident Investigation Bureau to discover what led to the unfortunate incident had begun. 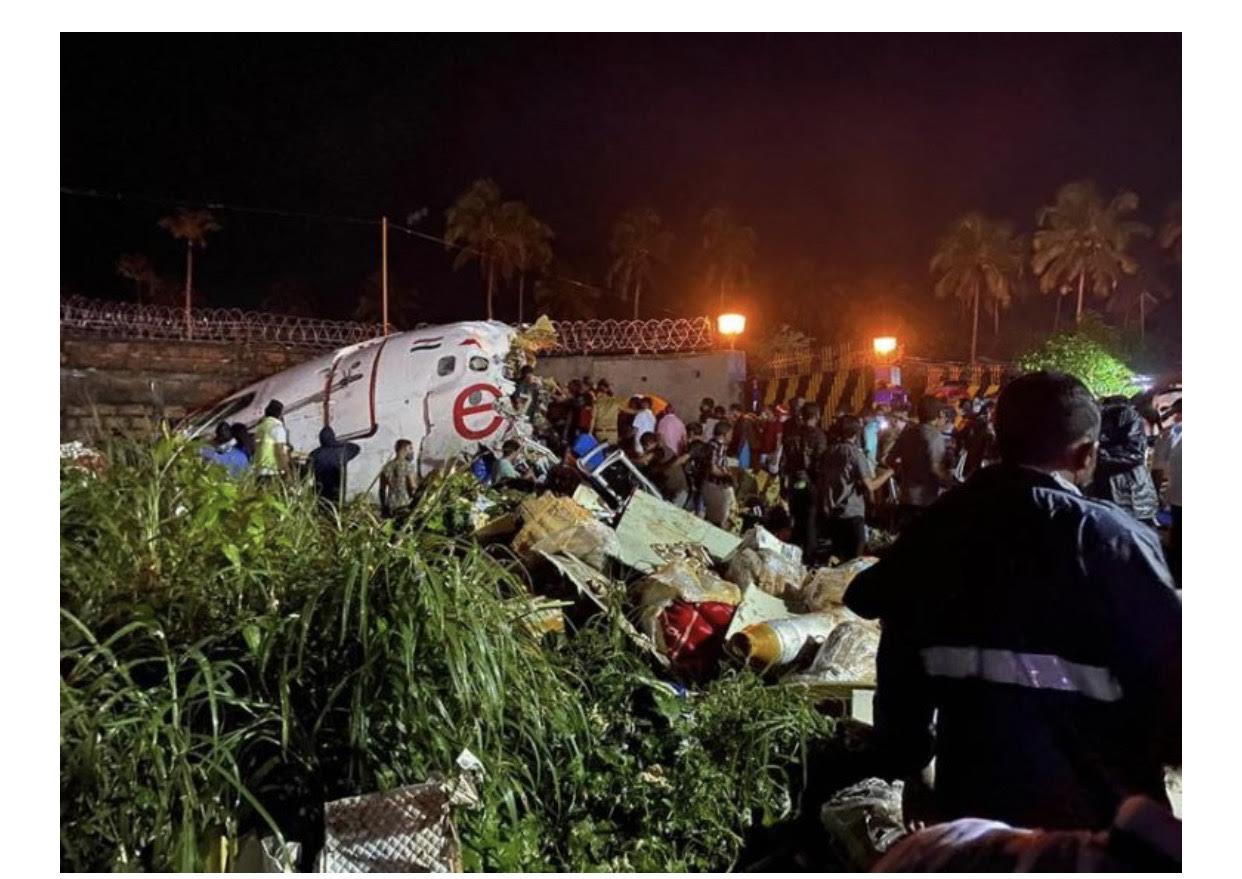