Mubarak Bala: Give me proof my husband is alive – Wife begs Lawan, Gbajabiamila 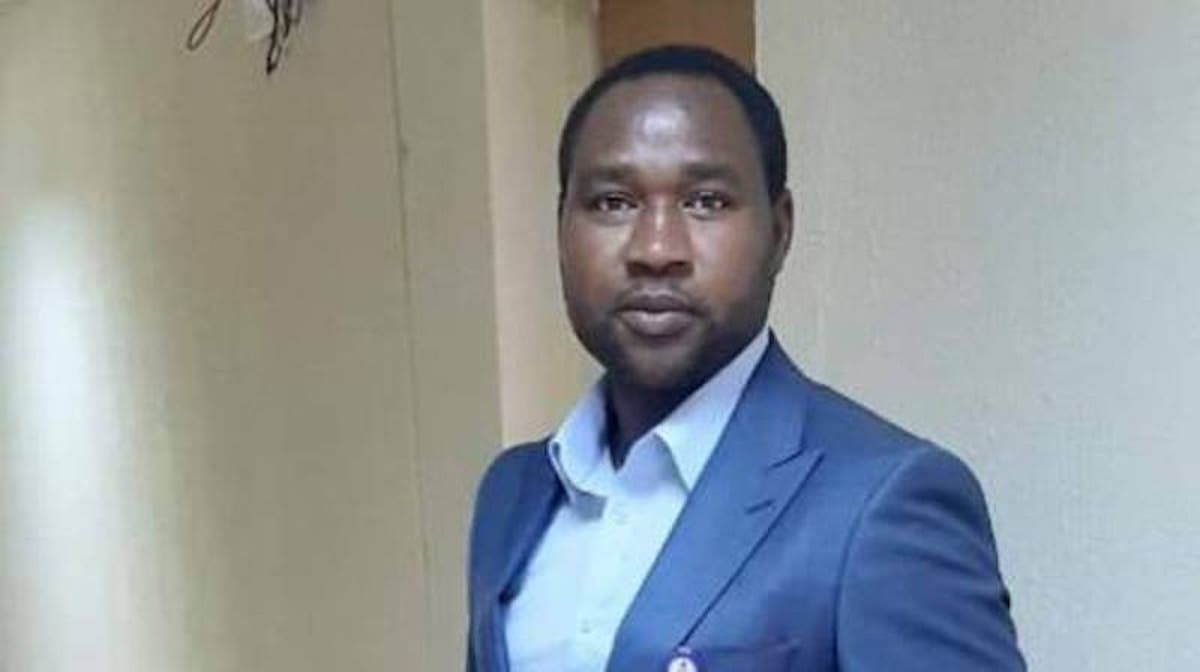 Amina Ahmed, wife of the President of Humanist Association of Nigeria, Mubarak Bala has raised an alarm over the prolonged incarceration of her husband by the Kano State Police Command.

She urged the National Assembly to help her locate and show proof that he’s alive.

Bala, who had traveled from Kano to Kaduna for a job was arrested by the Kaduna State Police Command on April 28, 2020, over a comment deemed as “provocative and annoying to Muslims.”

Upon inquiry by Bala’s lawyers, the Command disclosed that he had been transfered to Kano State for prosecution.

However, Ahmed lamented that she has not heard or seen her husband since he travelled to Kaduna.

The Chemical engineer has been incarcerated for three months without anybody knowing his whereabouts.

But, Ahmed, in a letter dated August 6 and addressed to the Senate President, Ahmed Lawan and Speaker of the House of Representatives, Femi Gbajabiamila, alleged that the Kano State Police Command had denied her and lawyers access to him.

She urged the National Assembly led by Lawan and Gbajabiamila to help ensure her husband is treated according to the rule of law by ensuring she is given access to him.

Ahmed’s letter reads in full below:

I am Mrs. Amina Ahmed, the wife of Mubarak Bala, the President of the Humanist Association of Nigeria.

My son, Sodangi, was born on March 17 this year. On March 31, my husband had to travel to Kaduna for work and we said our goodbyes. Little did I know then that Sodangi and I would not see Mubarak for months and by August we would not know if he is alive or dead.

On April 27, 2020, S.S Umar & Co of Zoo Road Kano, Kano State made a complaint about a comment that my husband had posted to his Facebook page. They said the comment was “provocative and annoying to the Muslims”. The next day, Mubarak was arrested in Kaduna and he has not been seen, or heard from, since.

I swear my heart stopped beating when I heard Mubarak was in Kano. He had received death threats from that state in the preceding weeks including one from a police officer who said he would kill Mubarak if he should set foot in the state. Given Kano’s history of religious violence and killing, these threats must be taken very seriously.

On May 8, Mubarak’s lawyers petitioned the Federal High Court for enforcement of his fundamental human rights. I hoped this high priority case would resolve matters quickly, but it did not. Four hearing dates have been issued but the case has not been heard: May 25 was a bank holiday; June 18, the judge was absent; July 9, defence counsel was absent; July 16, defence counsel was absent. Mubarak’s lawyers were told the next available date would be in October. I am reminded of the saying, justice delayed, is justice denied.

I am not a lawyer, but I do know that every person in Nigeria is presumed innocent until proven guilty in a court of law. And that means, Mubarak, has been incarcerated as an innocent man for more than 3 months. I also know that every citizen detained is entitled to meet with their lawyers for legal advice. This right has been denied to my husband. Finally, I believe, citizens should be charged within 24 hours or be released. This right too, has been denied Mubarak. My husband is a chemical engineer, a kind and gentle family man who would never hurt anyone. Why is he denied important rights that are freely given to the most violent armed robbers?

I pray that my husband be treated according to the laws of Nigeria. I pray that he be tried so we can find out if he is guilty of any wrongdoing or not.

But, above all, I beg you Senators and Honourable members of House of Representatives, the men and women who swear to God to uphold the rule of law in my country, on my bended knees, I beg you please let me have proof that Mubarak is alive, please let me see my husband and let Mubarak hold his son again. This is all I ask of you.