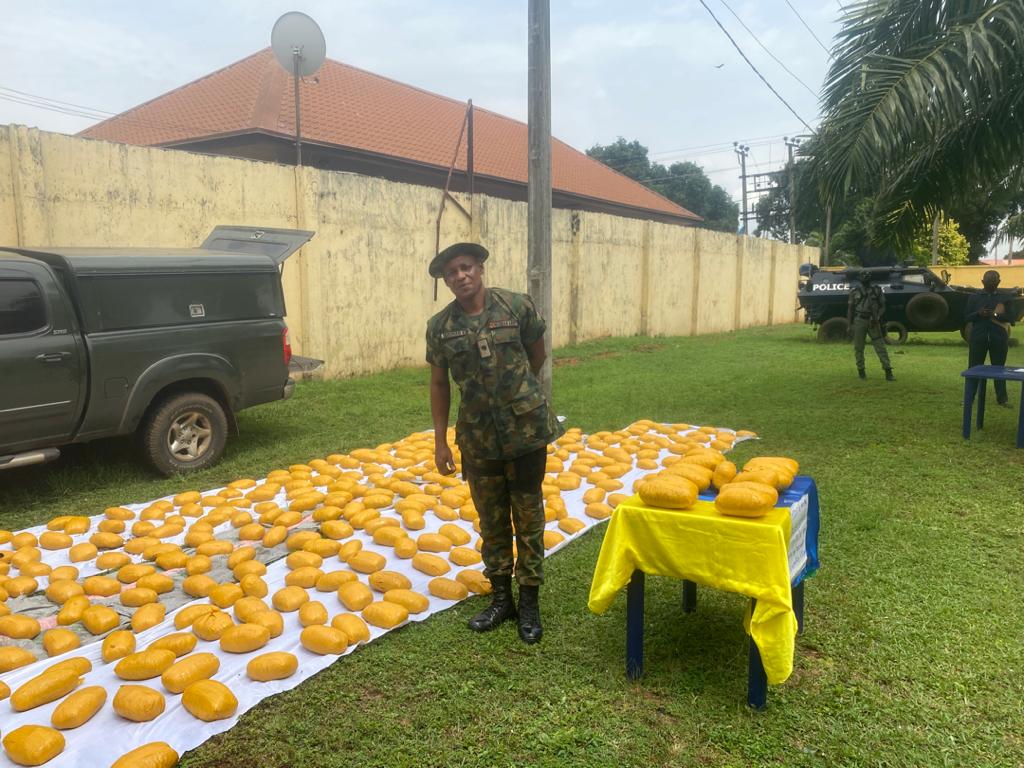 The Police Command in Delta State said it arrested a fake soldier along Sapele-Benin road, conveying 420 wraps of Indian hemp.

DSP Onome Onovwakpoyeya, the Command spokesperson, who confirmed arrest of the suspect to journalists on Monday in Asaba, said the man was arrested with a vehicle painted in army colours.

“The suspect, 44-year-old Mr Fabian Ojumah, was arrested with a Toyota Tundra truck painted in the Nigeria Army colours.

“The suspect paraded himself as a Major in the Nigeria Army when he was quizzed by police operatives of the Delta Operation Safer Highways.

“He was caught conveying 420 wraps of Indian hemp, and cannot specify where he is taking the exhibits to,” he said.