3 arrested over theft of cars in Adamawa 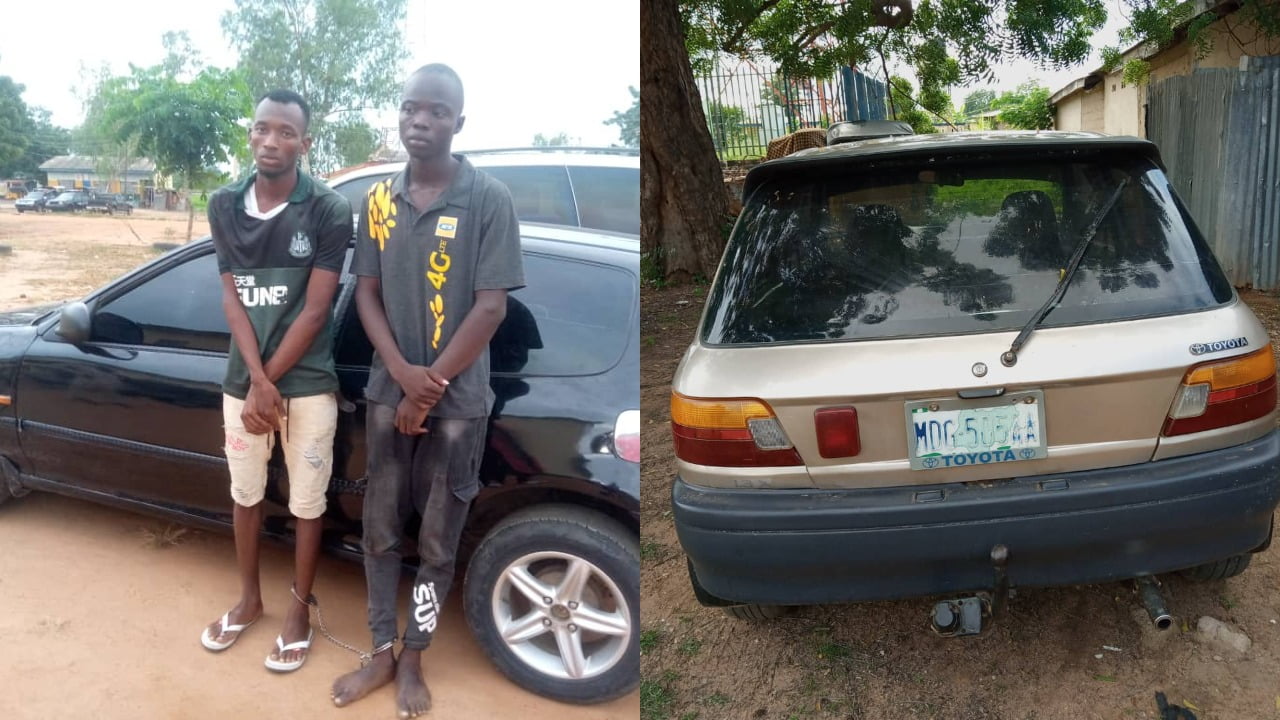 The Adamawa State Police Command has arrested three suspects over the theft of two cars around the State capital, Yola.

The police command said in a statement by its Public Relations Officer, DSP Sulaiman Nguroje, that the command, through its men attached to Karewa Division in Yola arrested a 30-year-old Mustapha Ismail, a resident of Zango ward in Yola North local government area over a particular car.

It said the arrest was effected on September 16, 2020 over alleged theft of a Toyota starlet with Reg. No. MDG 505 AA parked inside Jimeta Ultra modern market.

The Jimeta Ultramodern market, Yola’s most prestigious shopping centre, was once notorious for car thefts before certain measures were put in place.

The statement added that on Saturday, September 19, the Special Anti-Robbery Squad (SARs) responded to a distress call from a resident of Demsawo (a community in Jimeta, Yola North) whose vehicle with Reg. No. SB 509 DBT was stolen in his house.

It said the car was recovered along Ngurore road, in Yola South LGA.

Nguroje said a 20-year-old Zaradden Adamu, a resident of Demsawo and 25-year-old Salihu Mohammed, a resident of Ngurore in Yola South, were arrested for being in possession of the car.

It appears that car stealing is beginning to rise in Adamawa State. The Adamawa Police Command had only last week paraded three suspected car thieves among 33 other suspects.