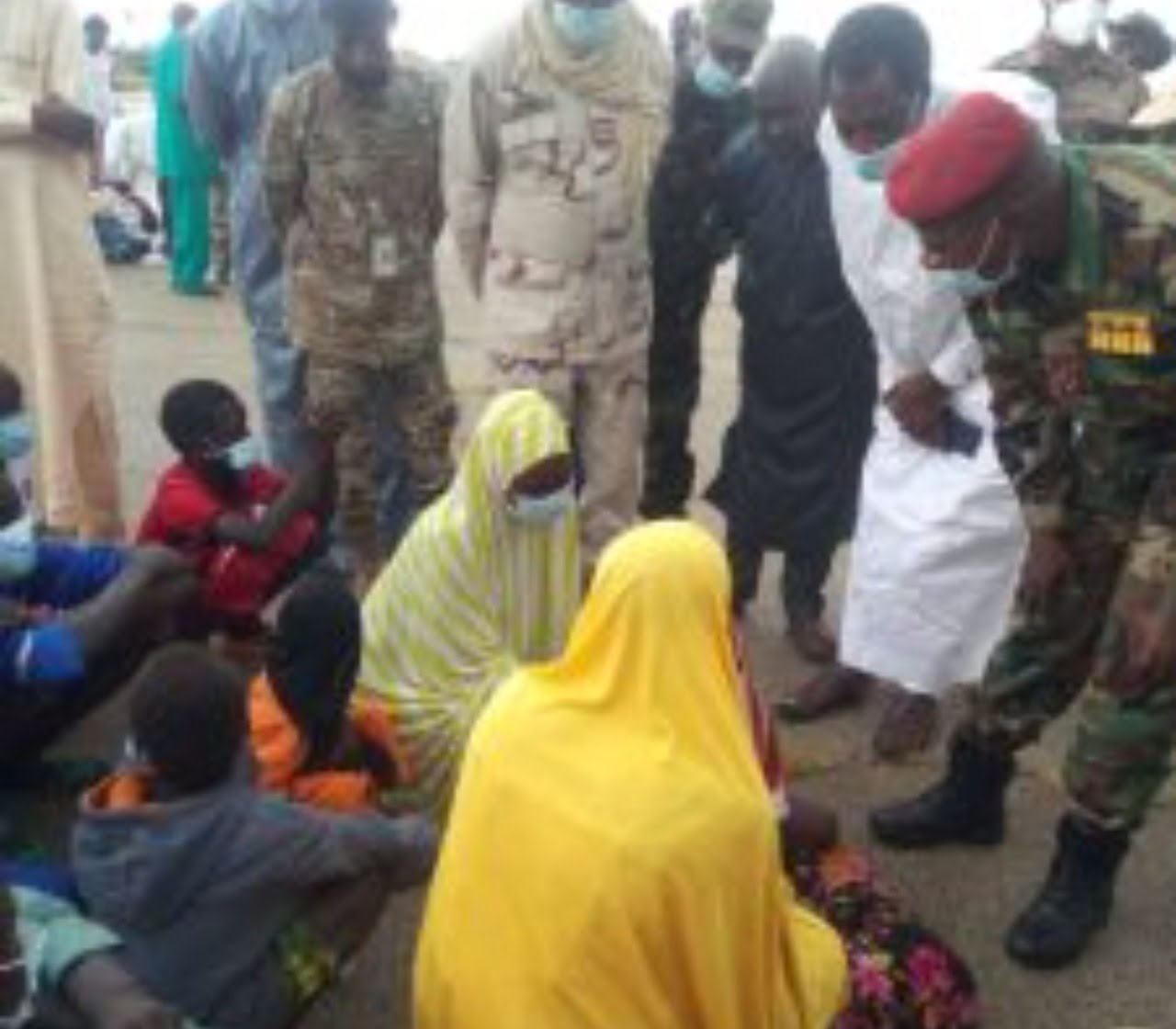 Col. Muhammad Dole, the Chief of Military Public Information, MNJTF, stated this on Saturday in a statement in Ndjamena, Chad.

Dole stated that the troops ambushed Boko Haram terrorists and sustained heat against them along the fringes of Lake Chad Basin with attendant successes.

According to him, three canoes were capsized during the offensive operation, leading to the death and arrest of some Boko Haram members, while others sustained various degrees of injuries.

He said the 12 people rescued comprise one male adult, 3 women and 8 children.

Dole said: “In line with its policy of safe transfer of surrendered insurgents and rescued hostages, the Headquarters, MNJTF used Helicopters to facilitate their movement from Baga Sola to N’Djamena, Chad.

“While receiving the rescued persons at Air Force Base, the Chadian Chief of Defence Staff (CDS), Lt.-Gen. Abakar Daoud, reiterated the absolute commitment and determination of the National and MNJTF forces to combat the menace of the terrorists in the Lake Chad Basin.

“The rescued hostages were moved to a military medical facility for further examinations and medication, and thereafter reunite them with their families.”