If SARS is working, why has terrorism continued – Shehu Sani blasts Northern Govs

A public commentator, Shehu Sani, has lambasted Northern Governors over their support for SARS.

The former Senator condemned their declaration of support for the Special Anti-Robbery Squad (SARS).

The government critic tweeted his reaction on Friday.

“Dear Northern Governors, if SARS is working in the North, why has kidnappings and killings by bandits and terrorists continued unabated?

The Chairman, Northern Governors Forum, said though the government has approved the scrapping of the unit, the decision should be reconsidered.

“Some people said they don’t want SARS, some said they want SARS but a reformed SARS…Let us not just say we are throwing away the baby with bath water. If there are good ones, you don’t chase them away”, Lalong said. 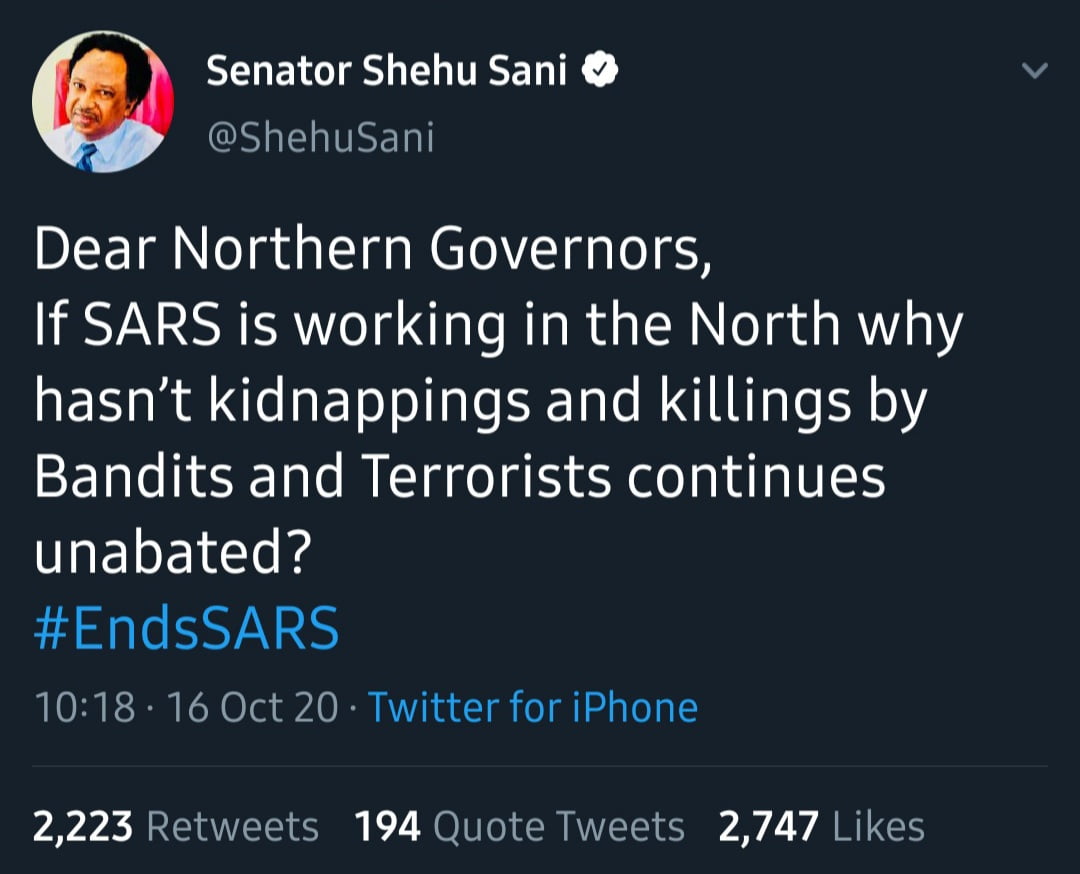 Airlines in Nigeria, most dangerous to fly – Senator Adeyemi