His comment followed the shooting of End SARS protesters in Lagos Tuesday night.

Troops of the Nigerian Army opened fire on unarmed protesters at the Lekki toll gate.

He stated that only those in high offices are protected.

The lawyer further cited previous instances of attacks on Nigerians by security operatives.

He wrote: “They killed southeast youths in cold blood as “Python Dance”. We kept silence and argued that IPOB youths are silly and undeserving of life. They killed Shiites and we didn’t protest because Shiites are distorting Koran and Islamic religion. Now they have killed peaceful protesters in Lekki. What shall we do?

“The Igbos says “Onye huru nga okuko riga nsi ya chufu ya na ihi na Onwe Onye ma Onye ga eri Ogbirigba ya”. Be consistent and insistent in denouncing evil. We have failed to defend the right to life of Nigerian citizens for too long. We have condoned extrajudicial killings for too long under many silly excuses and justifications.

“Now we have become a killing nation; a nation that wantonly kills its citizens. We have to stand up and recover the concept of citizenship. In Nigeria, apart from whoever is in political office and his family and close friends, there are no other citizens.

“Nobody’s life counts for anything except those in high political offices and their business partners. The rest of us are not citizens. We have no due process protection for our life.” 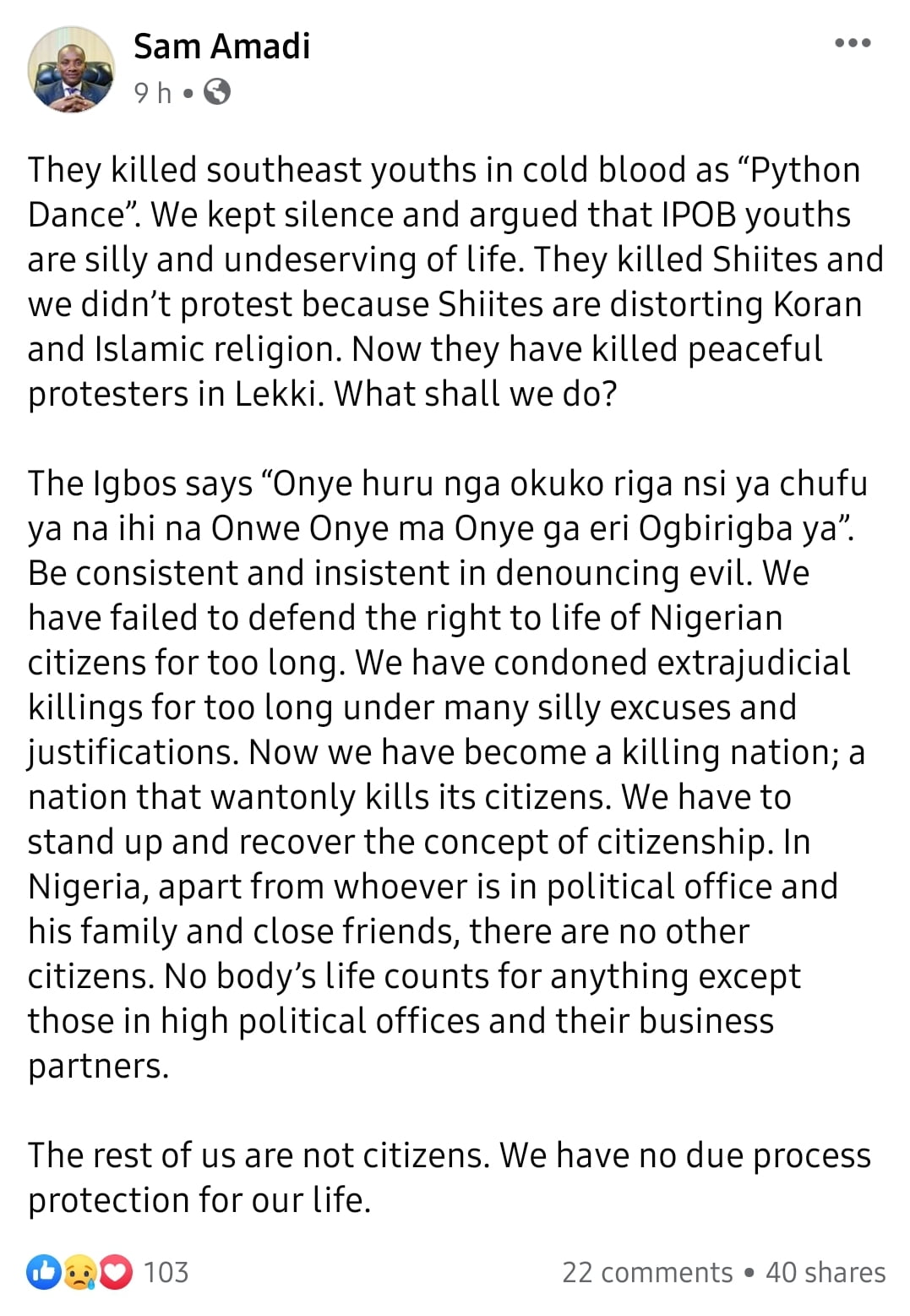