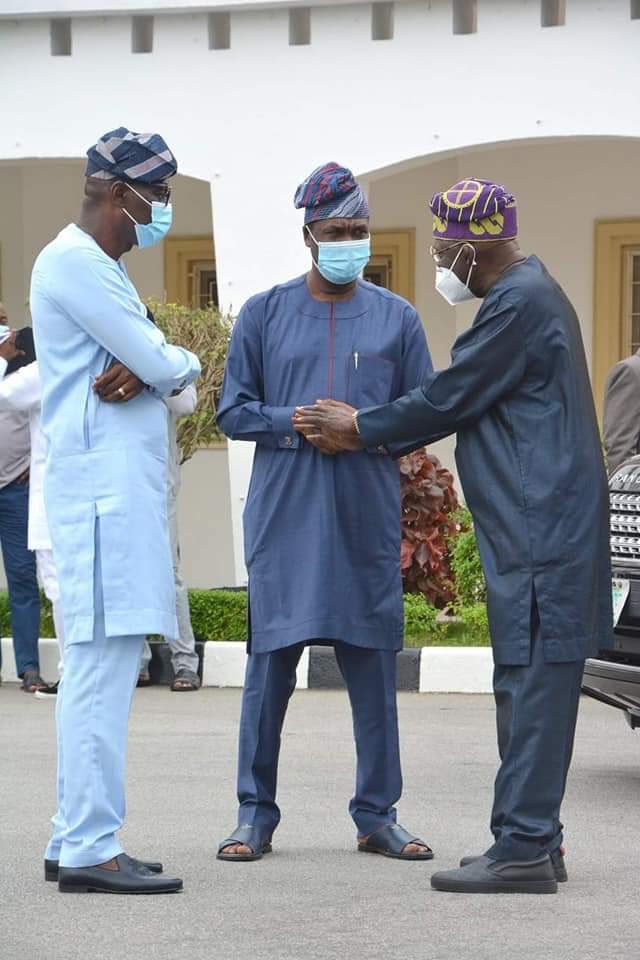 Tinubu queried why the End SARS protesters were at the toll gate at the time of the incident on October 20.

He spoke on Saturday after a meeting with Governor Babajide Sanwo-Olu at the Government House in Alausa.

“Casualties of Lekki shootings have some questions to answer; how are they there? How long were they there? What kind of characters are they?

“Even though we want to help, we must extract some information that will help the government”, Tinubu said.

Fondly called Jagaban, he is the national leader of the All Progressives Congress (APC).

Footage of the reaction posted on Twitter, culled from Arise TV, has hit 190,000 views.

One of the responses which has gained traction derided the prominent politician.

“Everytime I hear Tinubu talk, I often wonder how he became a Godfather. Nothing that comes out of his mouth is worth quoting. A true bungalow, nothing upstairs”, @Olumuyiwa_ _ tweeted.