The terrorists had attempted to attack a military base in Damboa Local Government Area of Borno State.

A military intelligence officer told PRNigeria on Tuesday that the sect members’ bodies were found during mop up.

“I can confirm that the tactical joint operation involving the ground troops and the air component eliminated scores of Boko Haram terrorists who attempted to attack a military post.

The officer disclosed that gun trucks, RPG and other weapons were recovered from the attackers.

A situation report (SITREP) confirmed that the operation was carried out by troops of 25 Task Force Brigade of the Nigerian Army.

It established that NAF choppers provided air cover and medical evacuation for the military personnel. 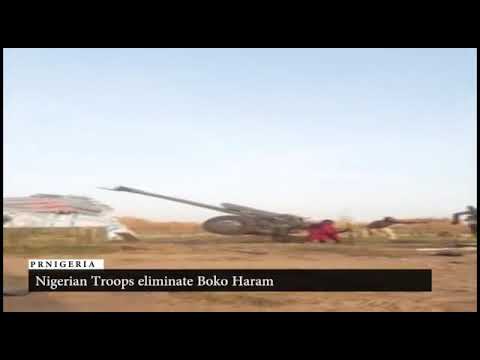