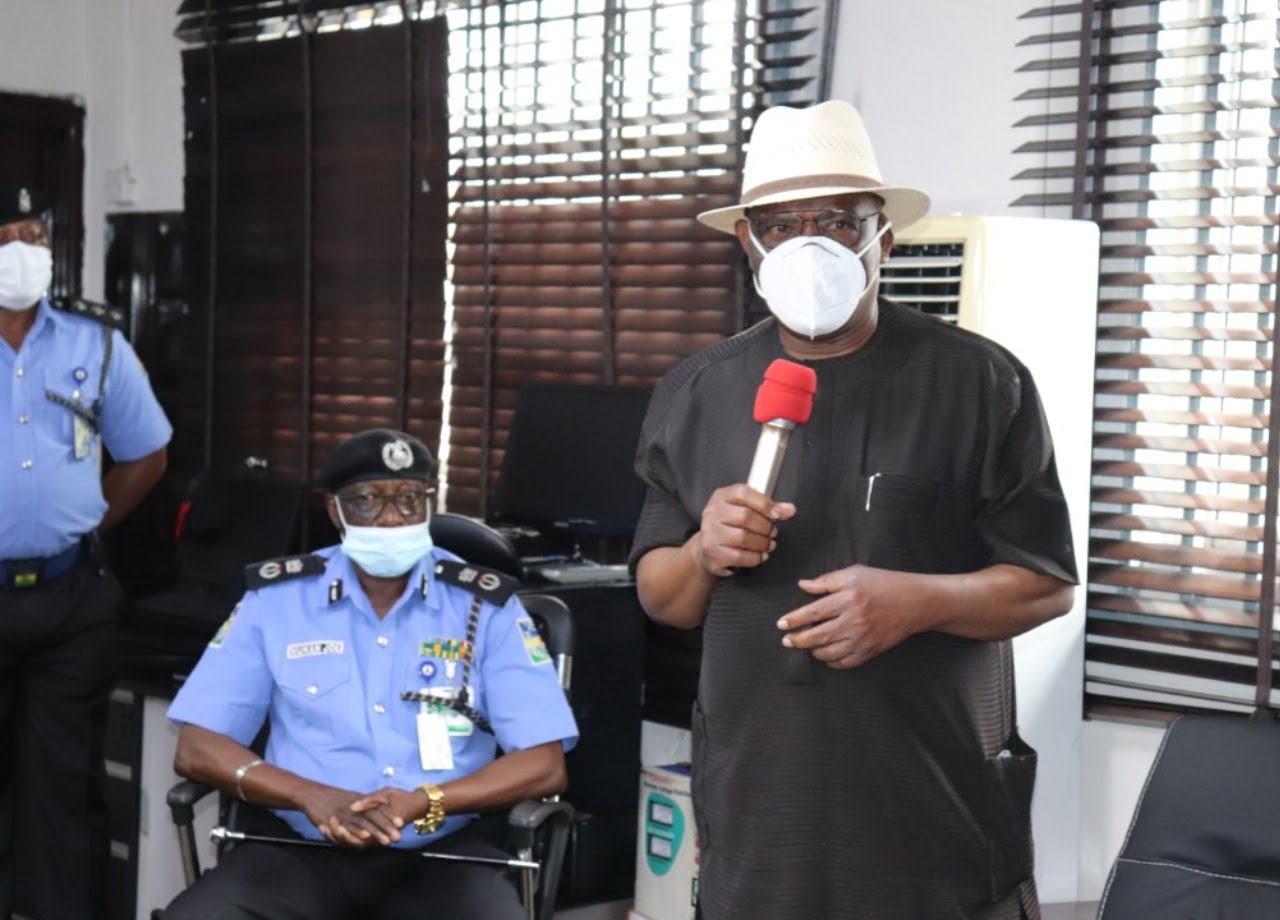 The Rivers State Governor, Neysom Wike, says the sum of 20 million naira will be given to the families of security agencies who lost their lives in the recent attack by members of the Indigenous People of Biafra, IPOB, in the state.

Governor Wike also said the Rivers State government will take up the reconstruction of all the Police facilities that were attacked by the hoodlums.

The Governor made the pledge when he paid a solidarity visit to the Rivers State Police Command at Moscow road, in Port Harcourt.

He stated that his administration was concerned about the welfare of Police and other security agencies that has sustained the peace in Rivers state.

Commissioner of Police, CP Joseph Mukan in his response commended Governor Wike for gesture, assuring that the Command under his watch will not allow IPOB to exist in Rivers State.

“The money given to the widows will go a long way in assisting them to train their little children the officers left behind.

“The Command under my watch will leave no stone unturned until the killers of the Officers are arrested. Security has been beefed up in Oyigbo Local Government Area and adjoining Communities to guide against further breakdown of law and order,” CP said.

Can Chelsea overcome Tottenham Hotspur this weekend at Stamford Bridge