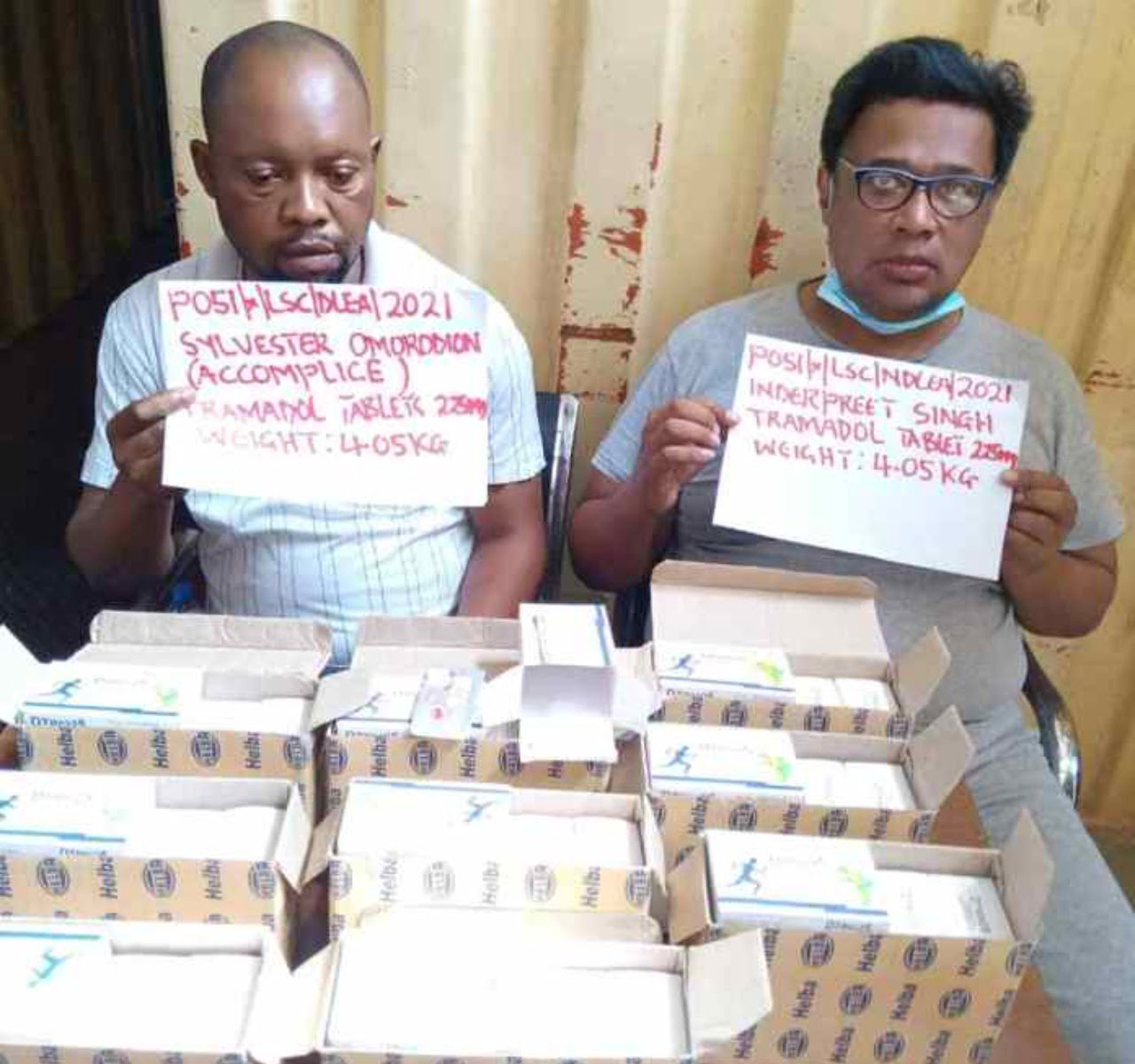 The National Drug Law Enforcement Agency (NDLEA) has intercepted a container load of Tramadol at the Apapa seaport in Lagos.

Apapa Port Area Commander, Samuel Gadzama, disclosed that one of the containers had been intercepted and seized in Kenya.

“Though the second container found its way to Nigeria, the eagle eyes of our narcotic agents discovered it during a joint inspection of the ship”, he said.

Similarly, operatives of the Lagos Command raided some locations in Agege, Ikorodu, Lekki, Okokomaiko and other parts of the State.

They dismantled syndicates’ hideouts and arrested 90 suspects, including an Indian. More than 614 kilograms of various types of drugs were seized.

On Samuel Ebenezer, a suspect apprehended in Lekki, NDLEA said his cartel imports drugs baked in cakes, biscuits and cookies from the United States and sells to rich people.

“Mr. Singh is also a dealer in tricycle parts and the Managing Director of Rashaan Trading Ltd. Arrested with him is a Nigerian, one Sylvester Omoredien”, the agency confirmed.