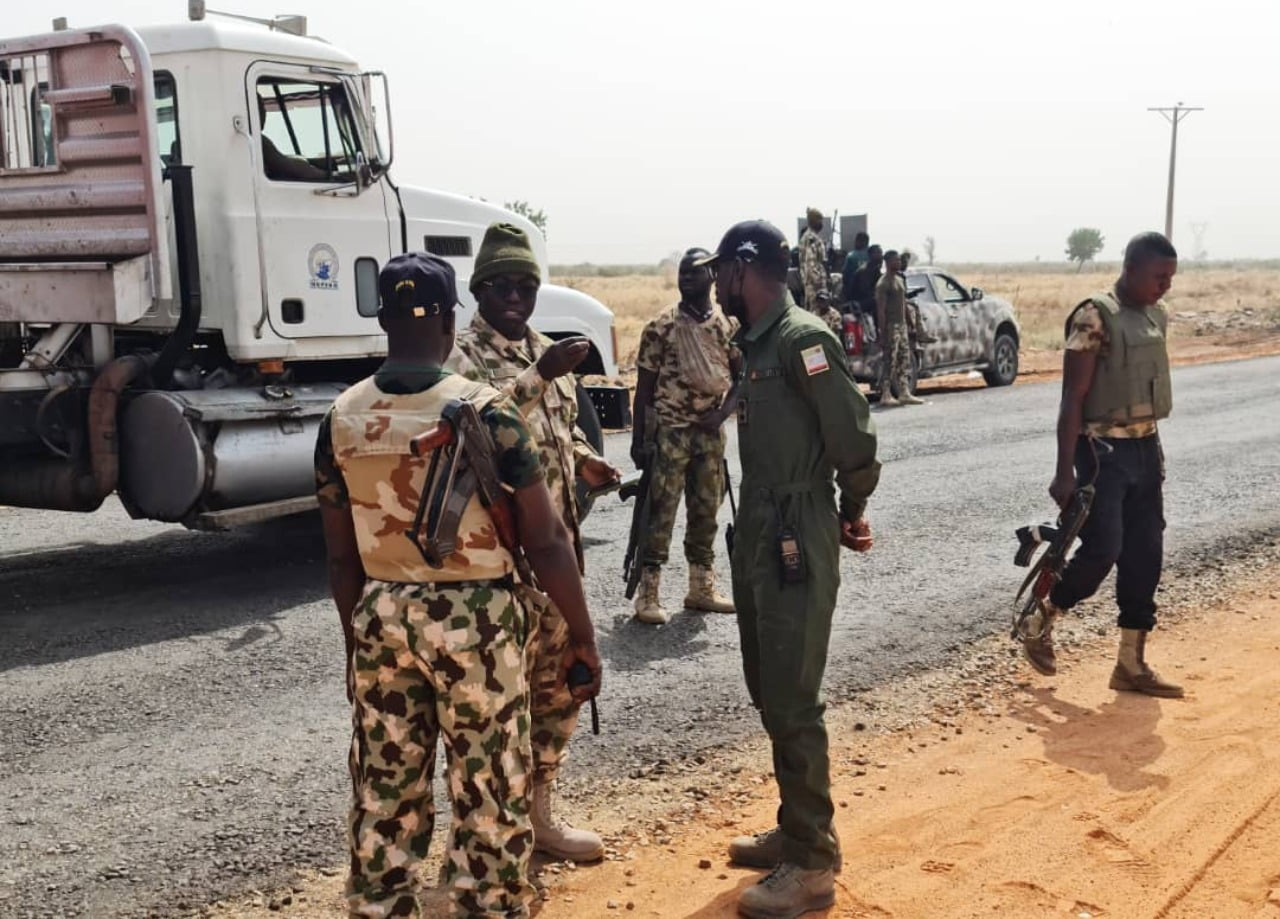 The Nigeria Police say they have arrested 48 suspects in connection with kidnapping, murder, armed robbery, cattle rustling, cyber crimes, unlawful possession of prohibited weapons and other related offences in the country.

The Force Public Relations Officer (FPRO), Mr. Frank Mba, who disclosed this at a news conference on Thursday in Abuja, said that a female was among the suspects.

Mba said that a total of 27 weapons of assorted makes with 14 of them from the Kalashnikov family, two submachine guns, one pump action, a Beretta pistol and other kinds of weapons were recovered.

He said that laptops, phones, POS machines and assorted charms were also recovered from the suspects.

The FPRO said that a five-man robbery gang that had earlier attacked two policemen riding on a motorcycle and took away their rifles were among the suspects.

He said that the policemen were on motion when the gang took advantage of their vulnerability to bring them down and took away the riffles.

According to him, following that incident, operatives of the police opened up an investigation and a careful follow-up led to the arrest of the alleged gang members.

He said that the gang members had allegedly carried out a robbery operation in a pharmaceutical shop in the Kubwa area of Abuja.

“In that incident, one of the suspects shot himself mistakenly in the course of trying to fire the gun, and this eventually assisted the police operatives in tracing and effecting arrest on the suspect.

“This led to the arrest of other members of the gang and the subsequent recovery of the two rifles,” he said.

Mba said that the police had also arrested eight suspects in connection with the kidnapping of a member of the Taraba House of Assembly.

He said that the suspects had collected N30 million as ransom before the release of the lawmaker, adding that they were arrested following investigation by the police.

The FPRO said that police also recovered from the suspects four Ak47 rifles, one pump action, one locally-made pistol and 50 rounds of live ammunition.

Mba said that the police also arrested two suspects in connection with unlawful possession and distribution of illicit drugs, suspected to be cocaine.

According to him, following the trajectory of crime all over the world, it is clear that illicit drugs have been an enabler of crimes.

He said that drugs provide criminals with courage and put them in ecstasy to kill without conscience.

According to him, investigations revealed that the two suspects were suppliers of illicit drugs to bandits operating in Nasarawa.

He said the police were in the process of cutting off the supply chain for drugs, arms and ammunition to criminals in the country.

Mba said 13 suspects aged between 22 and 30 had also been arrested in connection with internment fraud and scams.

He said 18 phones of different makes, two laptops, one iPad, one POS machine, nine ATM cards and other items were recovered from the suspects.

“They operate under different pretences, some claim to be American Soldiers on peacekeeping missions in Iraq, create profiles with fake names, fake identities and fake pictures.

“They portray themselves as such and post the pictures on dating websites to wait for victims, who are usually American ladies.

“Some of them claim to be medical doctors, engineers handling key operations in China and other parts of the world, and once they get a victim, they ensure that they extorted her endlessly,” he said.