Kagara abduction: We ate beans for 11 days, trekked for hours in the forest – Victims 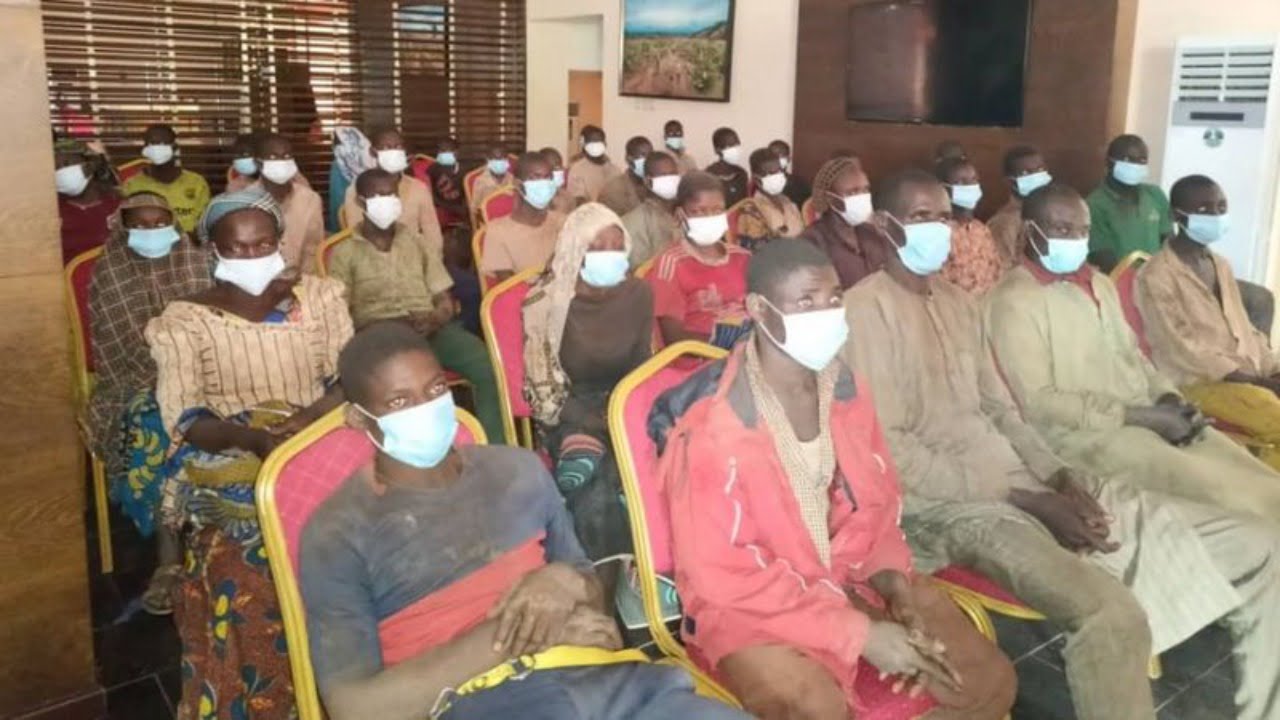 The kidnapped students, teachers and their relatives of Kagara Government Science College in Rafi Local Government said they suffered hunger, fed hand full of beans during the duration of their stay with the bandits.

They said they were fed only once a day and suffered untold hardship.

In a brief interview with newsmen shortly after meeting with the state Governor, Alh. Abubakar Sani Bello some of the students, they said what happened to them was like a dream.

Suleiman Lawal, 18 years said, “We suffered so much in the hands of the kidnappers. I have never experienced such in my life. In fact, I thought I was dreaming because the torture was too much for us. I am happy now that we have been freed. They fed us with beans once daily and they gave all of us five sachet water to drink and that made us very weak. I don’t think I will like to go to that school anymore except there is enough security.

Another student, 20-year-old Abubakar Sindi, while narrating their ordeal to journalists said, “the day we were kidnapped, we walked through the forest from 2:30pm till around 7pm. Unfortunately, all through our trekking, there was no time for us to rest, drank water or even eat anything because they tortured us to move fast or they will kill us. I was scared because the forest was thick. All through this time, we didn’t eat until, they stopped us and asked us to sit on the ground.

” They gave us beans to eat after which they grouped us and asked that if any of us have parents who are either police or military, that was how they flogged us mercilessly so much that I thought I was going to die. In fact, I am not sure I can ever see any bush or forest and not remember this incident. I was so scared.”

Asked if he will still want to return to the school, he simply replied, ” I am not sure, I will.”

Abubakar Adamu, 16 years old told DAILY POST, ” we suffered a lot. No food, no water and even, when we were served water, it’s three persons to one sachet of water.”

According to some of the parents, Ibrahim Abati Erena from Shiroro local government and father of Abdulsalam Erena, “I thank the Niger State Government for rescuing my son. I got calls from my friends that the children have been released. I took off from Erena to Minna and I thank God for seeing my son and other children alive and well.”

Musa Labran, father of Umar Labran, 18 years in SS2, expressing joy of reuniting with his son, urged the kidnappers to change from the current business of kidnapping and return to their former trade.

” Kidnapping is not a business, I am advising them to go back to what they use to do.”

However, while thanking government for the safe release of their children, he urged the state to renovate the dilapidated fence of the school as well as all other schools in the state.

” The old boys of Government Science College can also come together and renovate the school without waiting for just like just like the Government College Bida old boys usually do.”

Madam Halima Sands, who could not hold her tears when she saw her son, told our reporter that the trauma that she had is indescribable because she could not eat, sleep and think rightly, when she heard of the incident.

According to her, “I was just like a mad person because even if I try to sleep it’s as if I’m hearing his voice calling on me. I was so devastated. But, today, I thank God. I am happy he is back and their children.”

Asked if they would allow their children to go back to the school, the parents told DAILY POST that they will not withdraw their children from the college, saying, ” what happened was an act of God. If God say something will happen no matter where, you are it will happen.”

Also, the state Commissioner for Education, Hanatu Saliu expressing happiness over the safe return of the victims, said, ” honestly, when they came it was not a good situation. For you to see them like this, we had to take really good care of them. They really suffered in the hands of the kidnappers.”

Kindly Share This Story:A lawmaker in Delta, Mr Fred Martins, has urged the youth in the country to rise up to the challenge of aspiring