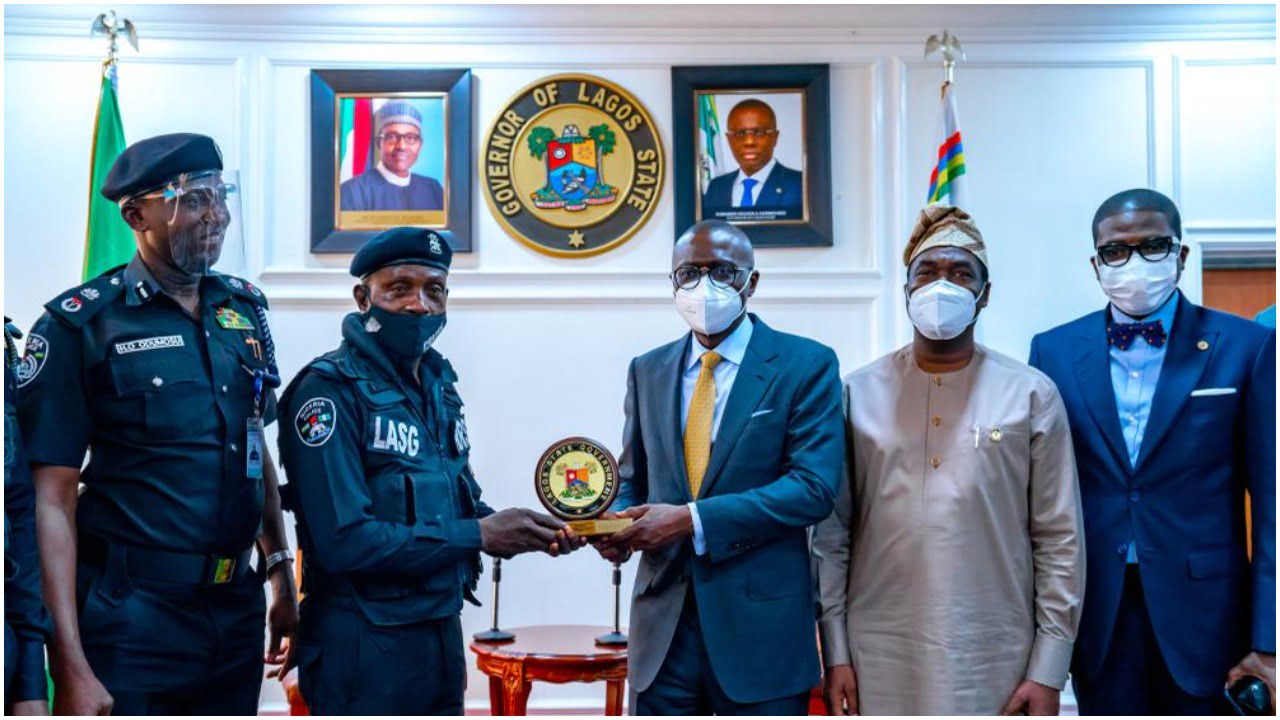 Lagos Governor, Babajide Sanwo-Olu has recognized ASP Sunday Erhabor, a police officer attached to the Rapid Response Squad (RRS), who was assaulted by one Victor Ebhomenyen in front of Four Points by Sheraton Hotel, Oniru.

Sanwo-Olu hailed Erhabor for displaying a high level of professionalism by restraining himself despite the attack launched against him while trying to arrest Ebhomenyen for driving against traffic.

News of the incident circulated in a viral video on social media last Saturday as the officer suffered injuries but didn’t resort to his AK 47 rifle.

Erhabor’s management of the situation drew applause from members of the public.

He has now been offered rewards, including monetary donations.

At the Lagos House, Sanwo-Olu said the action of the Police officer is a testimonial for other officers to show that they can be civil in the face of provocation or assault from suspected criminals.

“This is our own little response to the very condemnable events that happened over the weekend. We are all very quick to condemn men of the Nigeria Police, especially when they are found wanting.

“ASP Erhabor displayed calmness and restrained himself from taking laws into his hands”, the governor said.

In attendance were Commissioner of Police, Hakeem Odumosu; Lagos Deputy Governor, Obafemi Hamzat, Head of Service, Hakeem Muri-Okunola, among others.