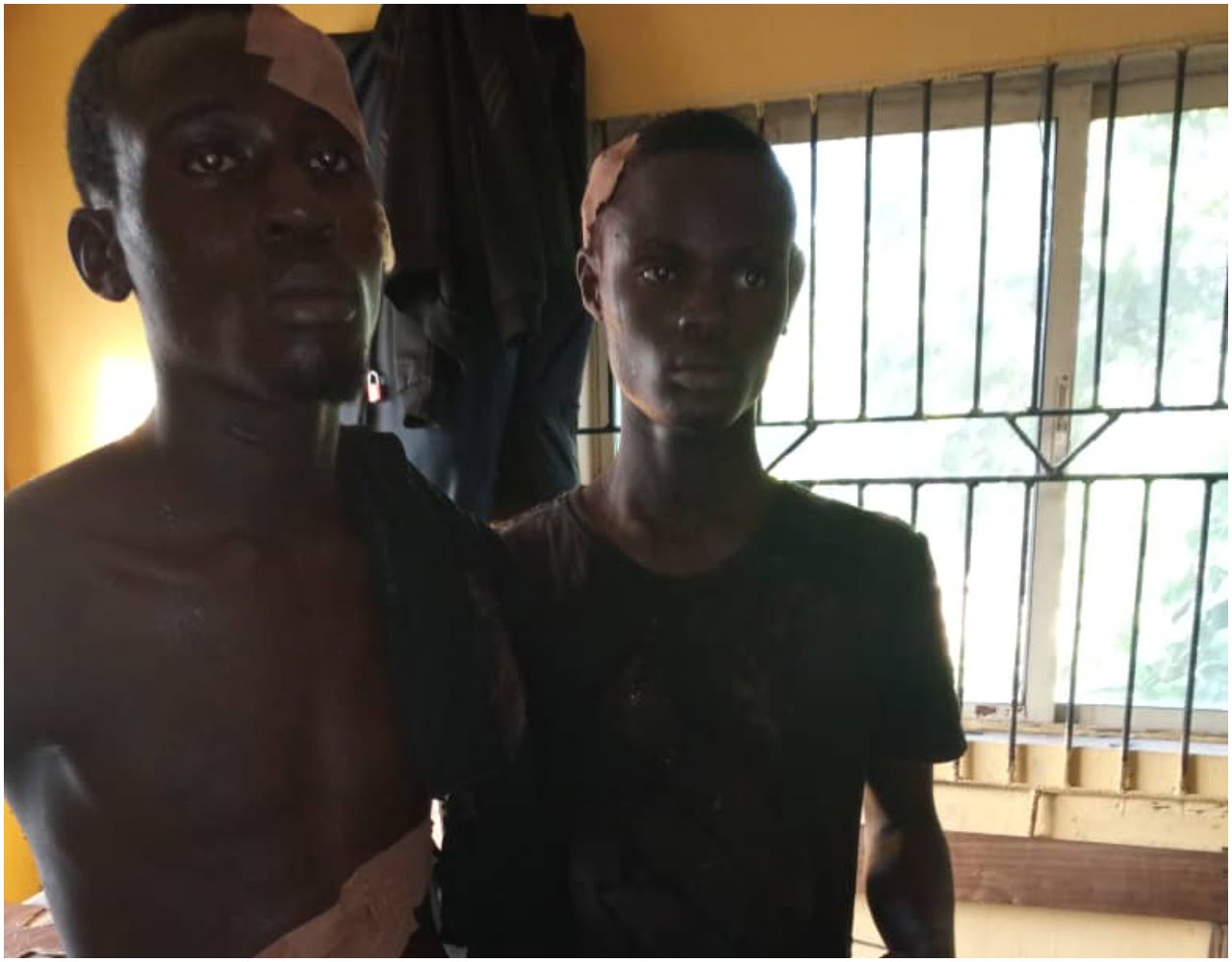 The suspects, Taiye Israel and Isiaka Afeez, were arrested when two groups of cultists were on rampage and attacking one another with dangerous weapons along Oto Awori Ijanikin Expressway by Ile Oba Bus Stop.

The police spokesman in Lagos State, CSP Olumuyiwa Adejobi, said that the police recovered one axe, some cutlasses, assorted charms and weeds suspected to be Indian hemp from the suspects.

According to him, the state’s Commissioner of Police, CP Hakeem Odumosu, has ordered the suspects to be transferred to the Command’s Strike Team, Ikeja, for proper investigation and possible arrest of other members of the gangs.

Odumosu directed the Divisional Police Officer in charge of Ijanikin Division where the suspects were arrested to step up their anti-crime strategies in curbing crimes and criminality, especially cultism, in his area of responsibility.

He also directed tactical Commanders and other special squads in Lagos State to immediately embark on constant raids of black spots and criminal hideouts in the area.

The Police boss, therefore, warned cultists, miscreants and those engaging themselves in criminal acts in the state to steer clear of Lagos State as the command and other security agencies will not relent in their spirited efforts to sustain and improve on the present security and peace being enjoyed by residents of Lagos State.