DAILY POST gathered that the former Governor, now a Senator, has accepted the title bestowed on him by the Eselu of Iselu, Oba Akintunde Akinyemi.

In a letter to the monarch, Okorocha accepted the offer, saying the installation could take place at a date of mutual convenience in September 2021.

According to the July 17th letter made available to DAILY POST by a very reliable source, Okorocha said:

“I write to convey my acceptance of the revered title of Otunba Asoludero of Iselu Kingdom by Your Royal Majesty.

“May I express my heartfelt gratitude to you for this great honour and also to restate my great commitment to the service of God and humanity. A date in September 2021 of mutual convenience will be agreed and communicated to you in due course for the installation ceremony at your Palace in Oja Odan.”

DAILY POST recalls that Oba Akinyemi is the only Yoruba traditional ruler that has recently declared his support for the Igbo presidency in 2023.

When he was contacted by our correspondent, the Eselu confirmed that he had honoured the former Governor with the title in recognition of his “exemplified track record of unifying people of different tribes across the country through his actions, deeds and philanthropical gestures.”

The Monarch confirmed that the acceptance letter was truly from Sen. Okorocha, saying the installation ceremony would be held on September 19, 2021.

“We hold Senator Rochas Okorocha in high esteem for that which he recorded in Imo state as a former governor and the lofty heights he has attained through the Rochas Okorocha Foundation that has offered no fewer than 25,000 less-privileged and orphans free scholarship from primary school to university education,” the Oba stated.

He revealed that Okorocha has pledged to establish a school in his domain for the less-privileged and orphans; a gesture he said would help improve the standard of education within and around the border town of Yewa.

He added that Okorocha, with the title, is being adopted as an indigene of Eselu in Ogun State.

When asked if Okorocha was the reason for his support for the Igbo presidency, the monarch said that decision was only God’s to make.

“Everybody is entitled to his opinion. What I know is that God knows who is going to be the next President of Nigeria. My statement has nothing to do with Rochas. If Rochas contests, all well and good; he is an APC person, and there are still lots of APC gladiators fighting seriously to become the President. Whosoever becomes the President, God knows.

“If Rochas becomes the President, so be it. There is nothing wrong with that, because he is a good product and, subsequently some of them coming out too are good products. Until they get to the field, only God knows who will be the President.

“I am just looking at a situation whereby you don’t want a secession in the country and you don’t want Ibo people to go. By not letting them to go, they should be given the chance to rule the nation. Four or eight years is okay. If that will give us a lasting solution, why not? Rochas is a good product, so if he contests, no problem.

“I don’t have anything to regret or hide about my statement that Ibos should be given consideration; and I am sure, for equity and justice in the country, there is no politician that can say Ibos are not qualified to rule the nation.”

DAILY POST reports that Okorocha is being rumoured to be eyeing the presidency come 2023. 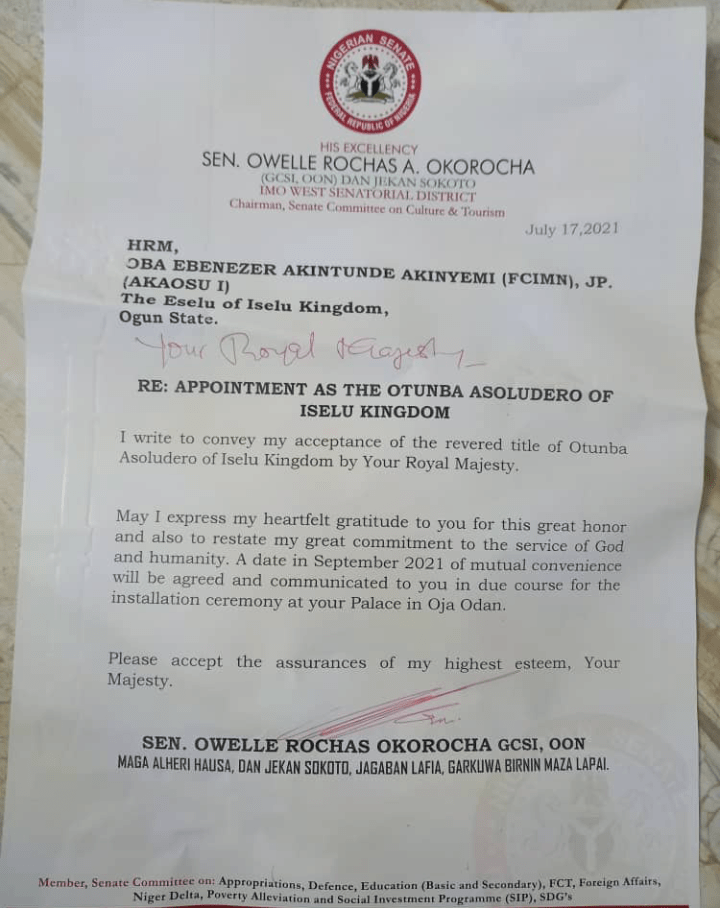